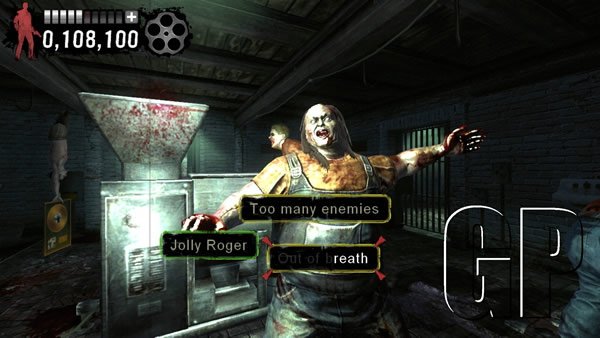 The Typing of the Dead: OVERKILL now available

The Typing of the Dead: OVERKILL, like its aforementioned console counterpart, uncovers the ugly, terrifying secrets behind the original The House of the Dead ; the daddy of all over-the-top shooters. This time though, trigger-happy creature blasters will trade in their light guns for keyboards and will need to hone their typing skills to repel the mutant hordes with lightning-fast spelling and lethally accurate grammar. Up to two players can take on the fright-filled story mode or one of three monster-maiming mini-games all designed to improve your keyboard skills in the bloodiest typing tutorial around.

“People often gripe about how video games aren’t educational or useful in everyday life,” said Ollie Clark, Creative Director at Modern Dream. “But with The Typing of the Dead: OVERKILL you can now shoot up a carnival full of flesh eating mutant clowns while improving your typing and personal vocabulary. Happy Halloween!”

“I can’t give you a quote AND simultaneously fend off legions of the dead by typing progressively more complex words and phrases at the same time!” said John Clark, Vice President of Digital Distribution for SEGA West.

The Typing of the Dead: OVERKILL is out now and available on Steam and from other participating digital retailers. For more information about the game, please visit www.sega.com/typingofthedeadoverkill.