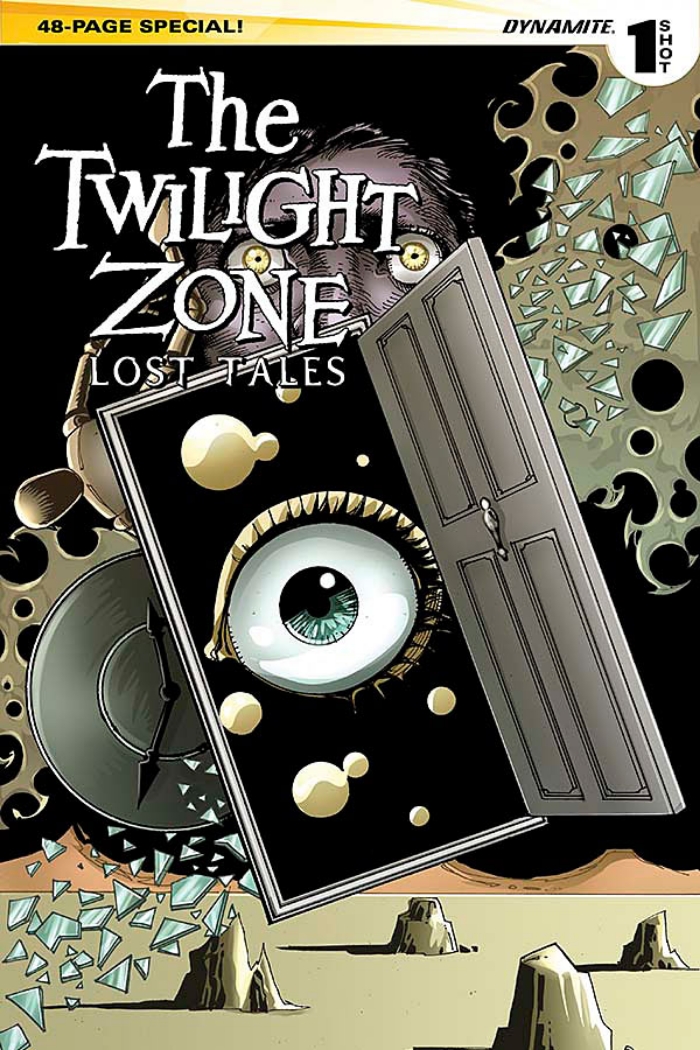 Dynamite Entertainment has provided us a preview of the new The Twilight Zone: Lost Tales comic.

Three new tales of the strange and unsettling by Mark Rahner (Twilight Zone Annual, Dejah of Mars)! A former terrorism detainee hunts down the ailing politician who authorized his torture – to deliver a very special gift. Tensions boil over on a space ship whose mission is to terraform a new planet, which happens to be occupied already. A tech mogul tries on his new smart-glasses prototype, and discovers an unexpected feature: he can see people’s souls.