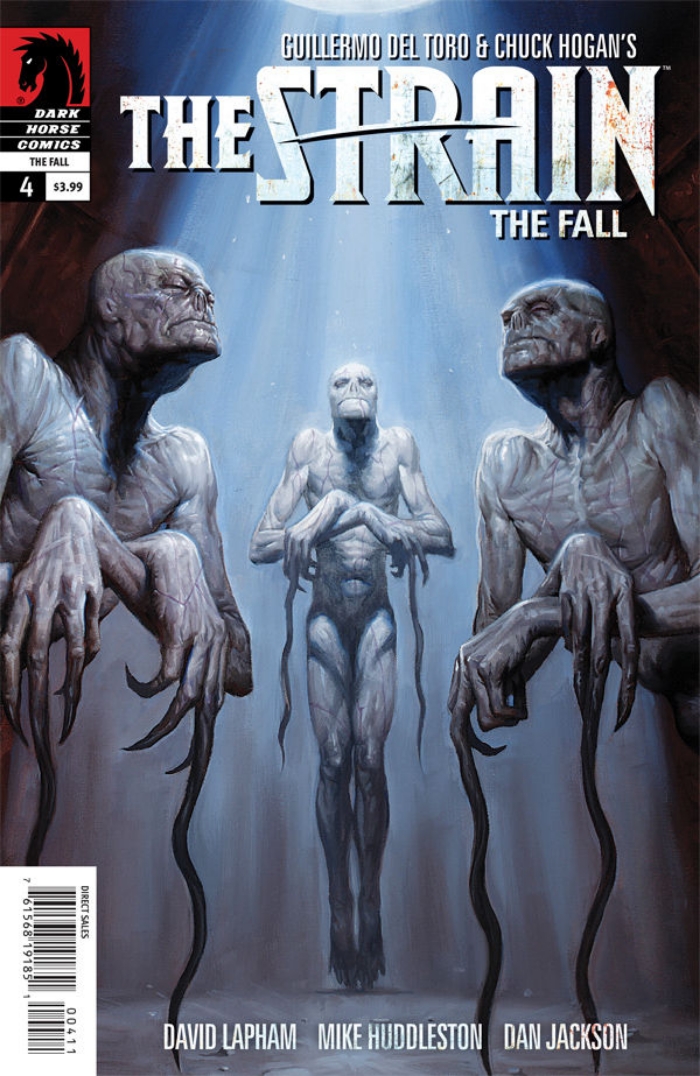 The Strain: The Fall #4 preview

Dark Horse Comics has provided us a preview of the new The Strain: The Fall comic.

As a full-fledged war breaks out in Harlem, Gus’s heavily armed gang and an old luchador let the Master know they won’t give up their city without one helluva fight! It’s an all-out vampire brawl! Elsewhere, Fet makes a groundbreaking discovery about the vampires as Eph makes a fateful decision about his role in the ongoing battle for survival.