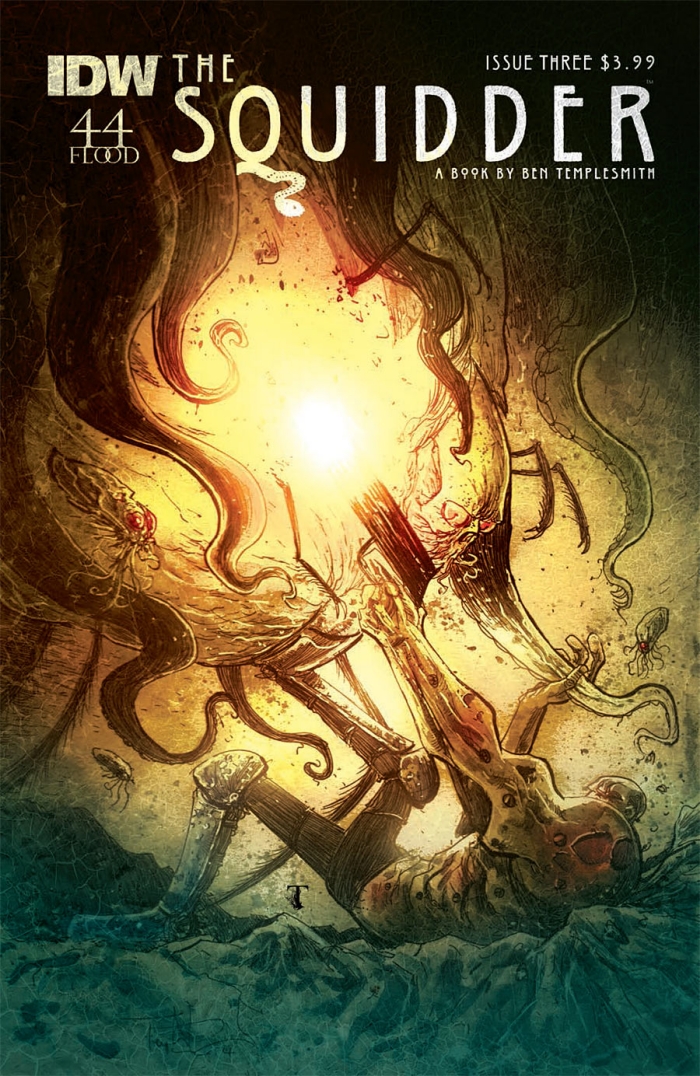 IDW Publishing has provided us a preview of the new The Squidder comic.

The Squidder lies broken and battered as the true enemy finally shows it’s face. Can it be killed when a world war couldn’t stop it before? New allies are found and weapons forged. Battle lines are drawn and loyalties tested as the Squidder deals with his past, his old demons and a small group of squiddly rebels who think they actually stand a chance. Also, finally, tentacles! Lots of them. Plus interesting places to put swords.