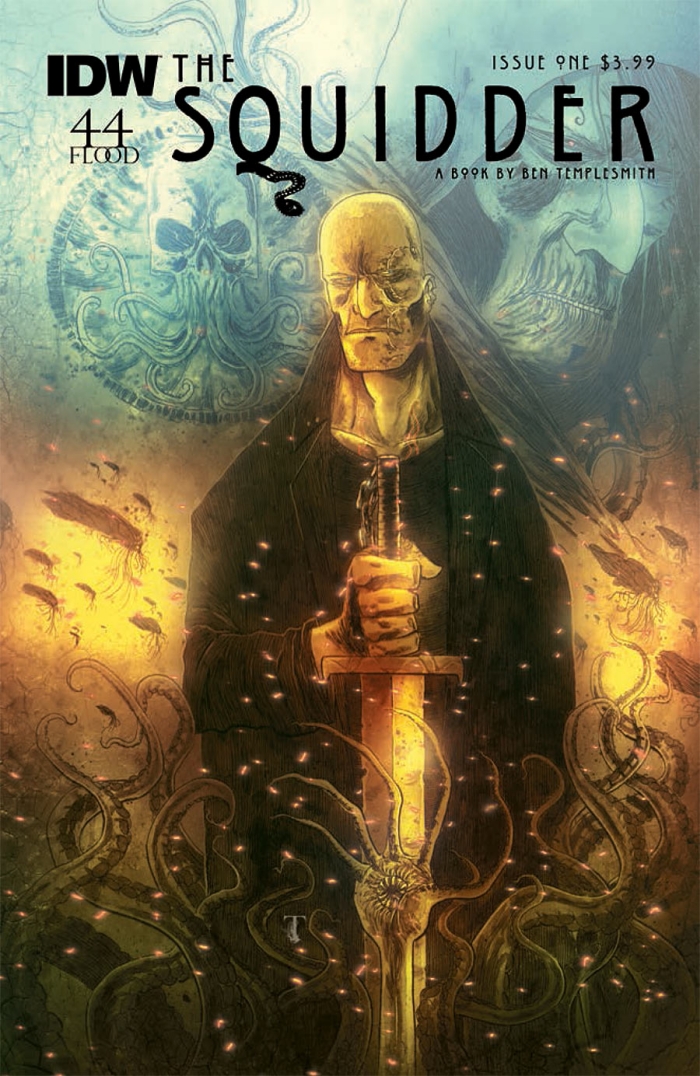 IDW Publishing has provided us a preview of the new The Squidder comic.

This all-new four-issue series finds an old soldier from a forgotten war in a post-apocalyptic world that has left him behind. He was one of the last of the legendary Squidder Legions. Can a discarded relic with a death wish and a rebellious Squid priestess overthrow humanity’s tentacled alien overlords? Ben Templesmith returns to his roots to finally do the tentacle/Cthulhu-orientated book he’s always promised! The Squidder mixes action, horror, science fiction, and fantasy elements with a touch of Squidly destruction.