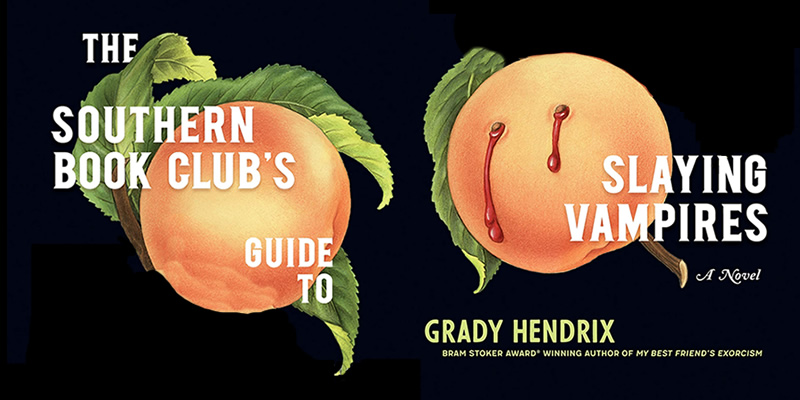 The synopsis of The Southern Book Club’s Guide to Slaying Vampires is as follows:
Fried Green Tomatoes and Steel Magnolias meet Dracula in this horror novel set in 1990s suburban Charleston

Patricia Campbell’s life has never felt smaller. Her ambitious husband is too busy to kiss her good-bye in the morning, her kids are wrapped up in their own lives, and she’s always a step behind on thank-you notes and endless chores. The one thing she has to look forward to is her book club, a close-knit group of Charleston women united by their love of true crime and suspenseful fiction.

This predictable pattern is upended when Patricia is viciously attacked by an elderly neighbor, bringing the neighbor’s handsome relative, James Harris, into her life. Sensitive and well-read, James makes Patricia feel things she hasn’t felt in twenty years. But there’s something…off…and then Patricia’s senile mother-in-law insists she knew him back when she was a girl.

When local children go missing, Patricia has reason to believe that James may be more Bundy than Beatnik. But once she and the book club members investigate further, the true monster emerges—and he’s far more terrifying than any serial killer they’ve ever read about.

The novel is set to be released on April 7, 2020. There is no further information on the Amazon series at this time. Stay tuned to Horror News Network for more on The Southern Book Club’s Guide to Slaying Vampires.