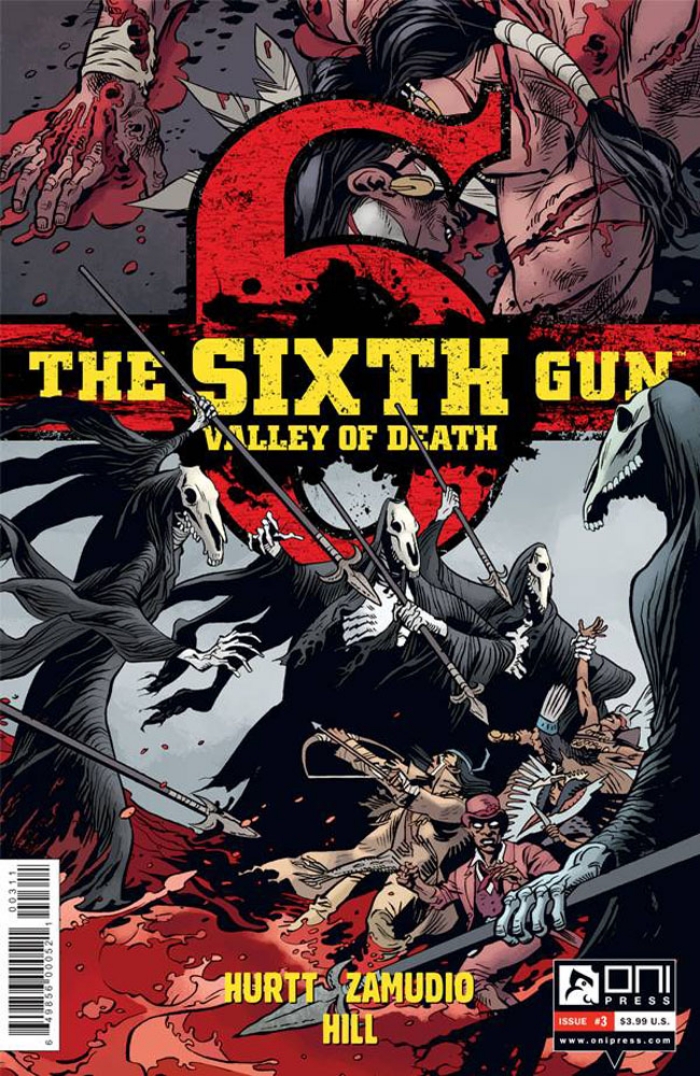 Oni Press has provided us a preview of the new The Sixth Gun: Valley of Death comic.

In the House of Death, the young Princes have found a new plaything. Meanwhile, their Disciples stalk Buzzard Wife and what remains of the Hunting Party through the inhospitable realm. With their escape from the Spirit World growing tantalizingly near for the band of warriors, new threats reveal themselves as darkness settles over the nightmare realm… and something emerges from the House of Death.