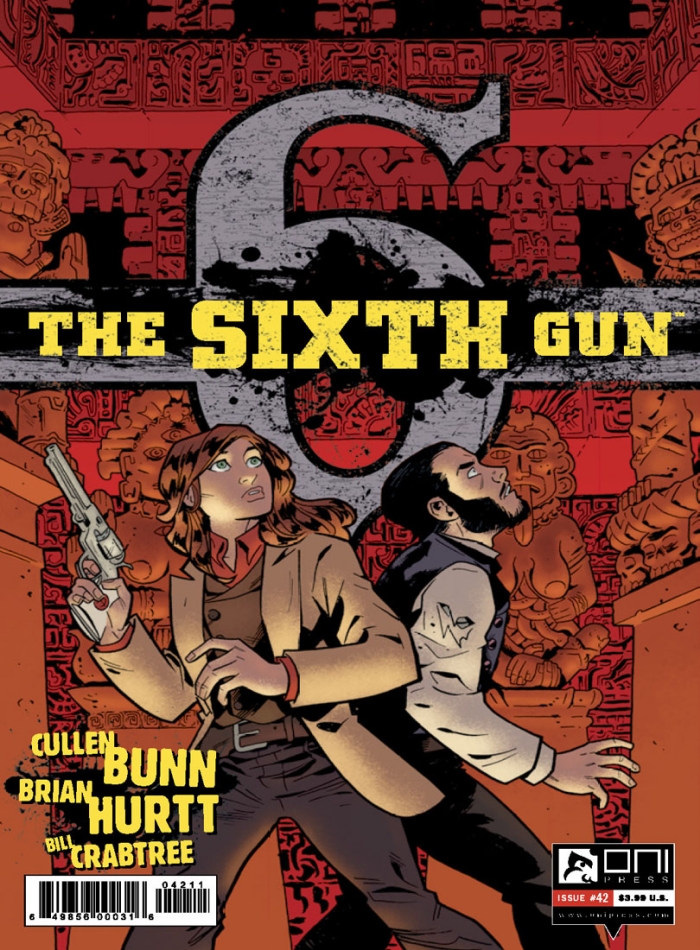 Oni Press has provided us a preview of the new The Sixth Gun comic.

The Six, when brought together under the right circumstances, can destroy the whole of the world. Now, the most vile of creatures–Griselda the Grey Mother — has claimed all of the weapons for herself. Using the guns, she’ll call down endless darkness and remake reality in her own monstrous image! The end of the world is nigh!