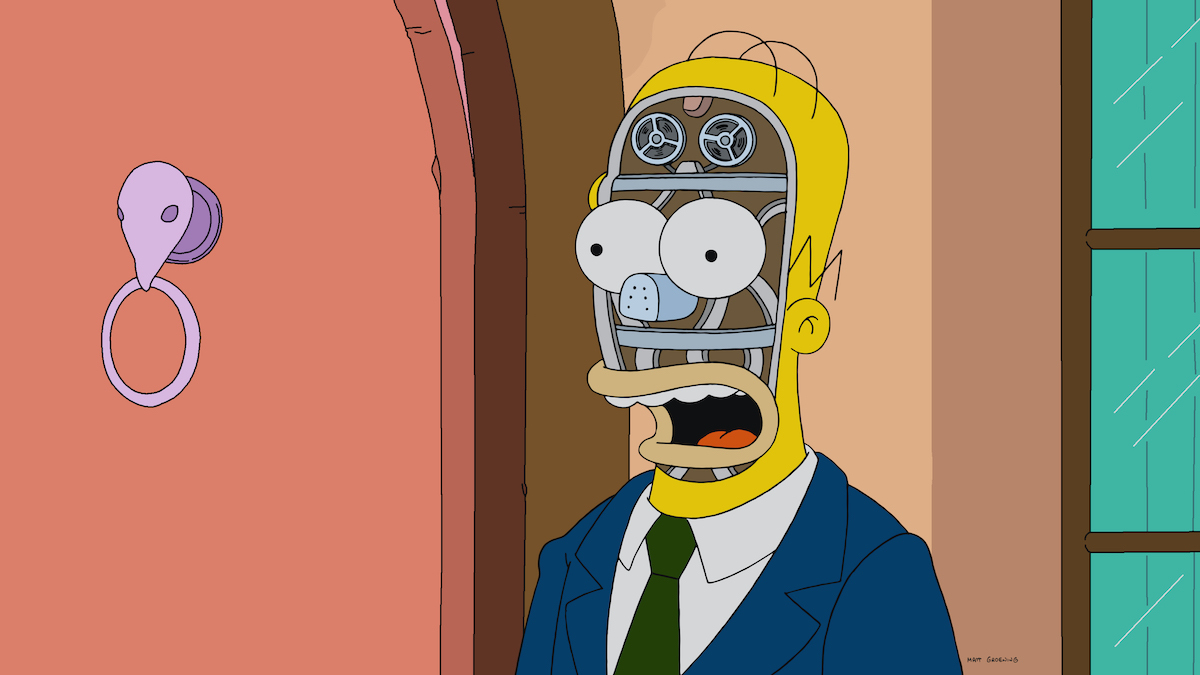 THE SIMPSONS: In a special Thanksgiving edition of “Treehouse of Horror,” the Simpsons are forced to face various Thanksgiving nightmares, including the first Thanksgiving, an A.I. mishap and a dangerous space mission complicated by a sentient cranberry sauce in the “Thanksgiving of Horror” episode of THE SIMPSONS airing Sunday, Nov. 24 (8:00-8:30 PM ET/PT) on FOX. THE SIMPSONS ™ and © 2019 TCFFC ALL RIGHTS RESERVED.

‘The Simpsons: Thanksgiving of Horror’ Extends the Terror to a New Holiday

Just in case the Halloween season flew by for you, and you’re hankering for a Thanksgiving feast of animated thrills and chills, the producers of The Simpsons have an late gift to deliver to horror fans in the form of  “Thanksgiving of Horror”, a three segment anthology episode in the style of the annual Halloween special “Treehouse of Horror”.

The special episode will air on Sunday, November 24 at 8 pm on Fox and will also run almost 25 minutes long, making it the longest single Simpsons episode ever.

The three segments will consist of a tale of turkey revenge from 1621 at the first Thanksgiving, a Black Mirror-esque tale of technology gone wrong (which also features Black Mirror creator Charlie Brooker voicing a sinister social media app), and a futuristic journey to the very last Thanksgiving on a dying planet.

Check out the preview below and extend your DVRs for a few extra minutes in case one of Fox’s NFL games “bleeds” into the the scheduled air time.