The unique anthology–the comics feature the same artist on each issue, teaming up with different writers–has been so popular with horror fans that its run has been extended, as reported by screenrant.com. Check out the striking covers from the series on this page.

The Silver Coin anthology originally was planned as a five-issue limited series–two issues have hit the stands so far–but Image heard the positive fan reaction and ordered additional issues.

The series–which takes place in a supernatural world–is illustrated by Michael Walsh, who has worked on these comics with such writers as Chip Zdarsky, Jeff Lemire, Ed Brisson and Kelly Thompson.

The first issue–written by Zdarsky (Daredevil)–follows a failing 1970s rock band whose luck changes what it finds a strange silver coin. In the second issue–penned by Thompson (Black Widow)–a bullied girl experiences the silver coin’s violence while at summer camp.

The Silver Coin No. 3–written by Brisson and available June 16–deals with the coin leading homeowners down a dark path. The fourth issue–written by Lemire and available July 14–is set in the year 2467, when the world has been buried and a scavenger finds the silver coin. Walsh wrote and illustrated the fifth issue–slated to hit stands Aug. 11–which explores the coin’s origins in a New England town where a woman is accused of being a witch.

Walsh said he is “beyond excited” to be part of The Silver Coin. “I’m very lucky to be working with people who consistently elevate my work,” he added. “I can’t wait to show off the horrors that we are crafting together.”

Keep reading Horror News Network for the lowdown on the latest genre titles from Image Comics. 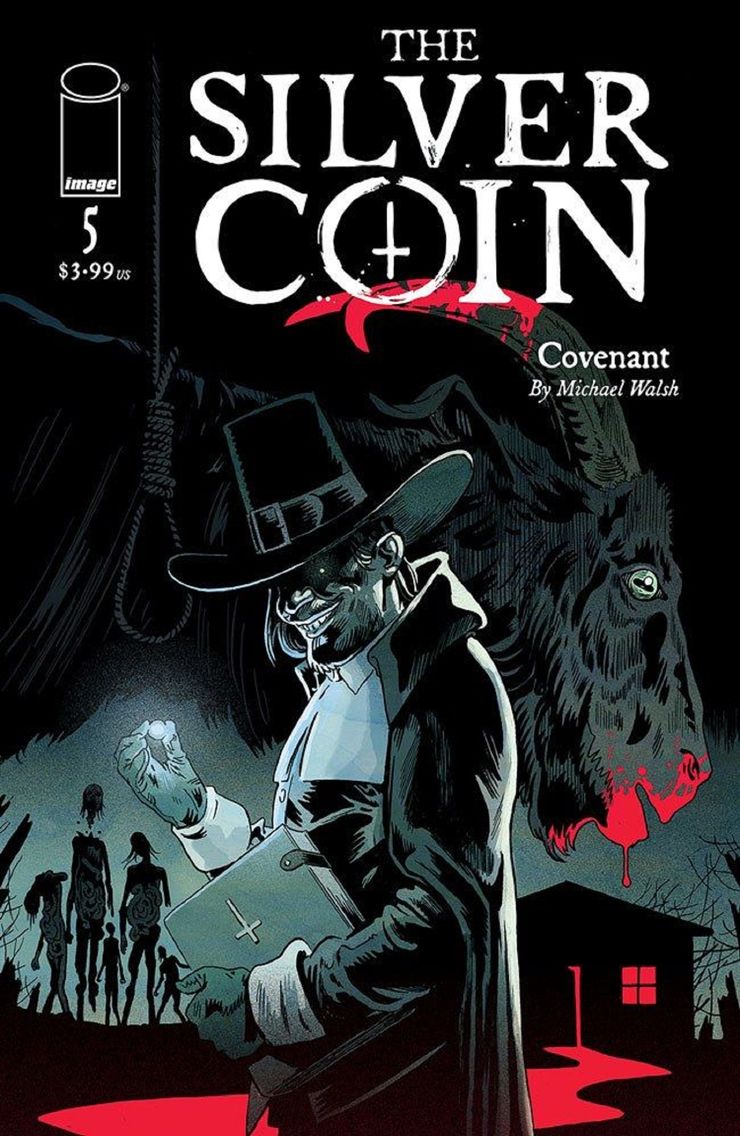 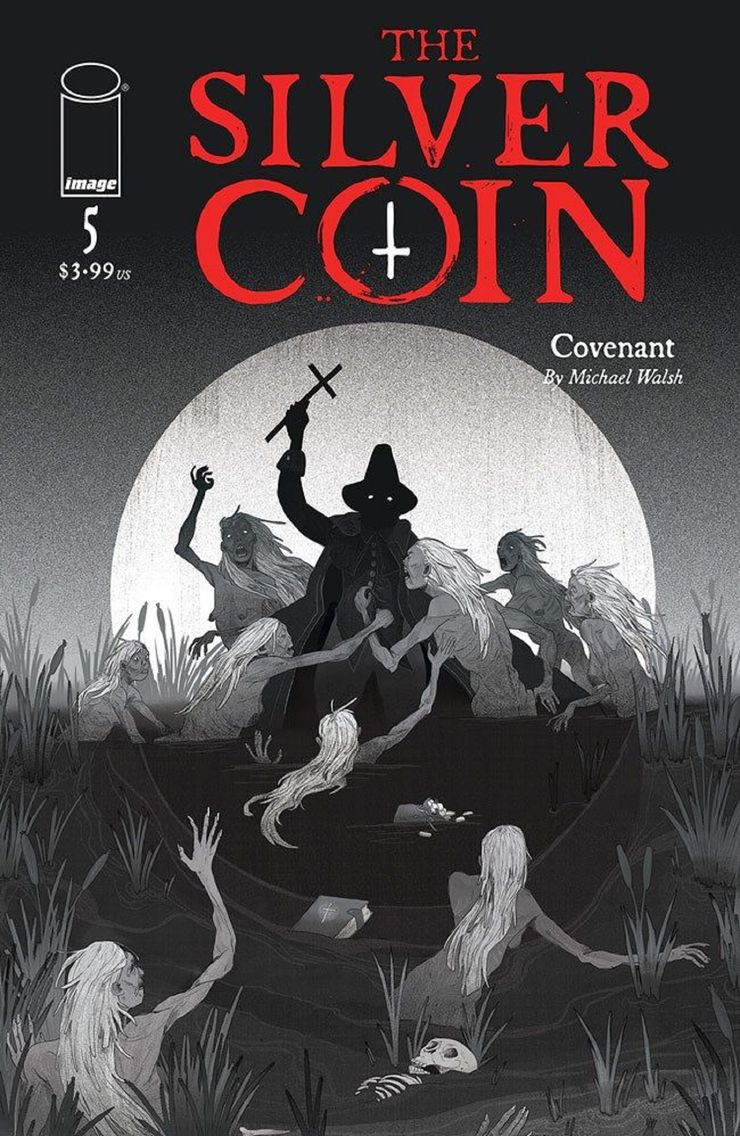