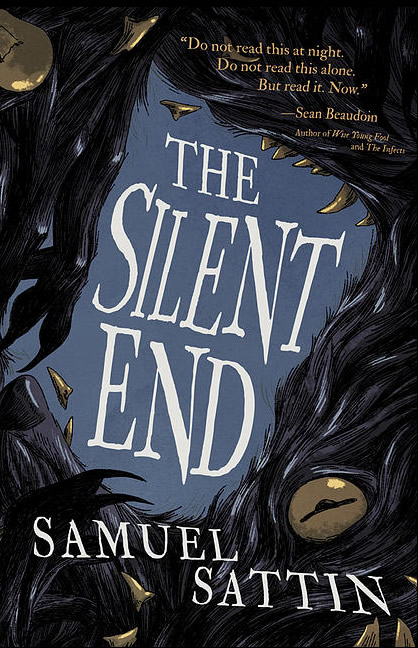 Ragnarok Publications recently released a new novel, The Silent End, which is described as a mix of Stand by Me, The Goonies, and Buffy the Vampire Slayer.

High school is a challenge for senior Eberstark. His mother disappeared almost a year ago after a long battle with depression. And his father? He’s begun conducting experiments in a bunker out back, furtively running around town in army fatigues, accompanied by a mysterious man in Ray Bans known as The Hat, hunting beasts no one else can see.

After an explosion rocks the town on Halloween, Eberstark, along with his only friends Lexi and Gus, discover in the woods something beyond comprehension, something that Eberstark in particular doesn’t want to believe since it may mean his father isn’t as mad as he appears: a wounded monster. Afraid of making a stir in a town that spurns controversy, they make a decision to hide the creature. By doing so they are dragged into a frightening web of conspiracy, dream-logic, and death. From living trucks and mirror-dwelling psychopaths to hellish entities who lurk behind friendly faces, Eberstark, Lexi, and Gus find themselves battling to save not just themselves but the soul of their backwater town.

Inventive and engaging, Samuel Sattin’s THE SILENT END had me rooting for these three unlikely heroes as they battle monsters, town bullies, and teachers who expect homework done on time. High school can be lonely and scary, the future uncertain. But finding just one, maybe two true friends, can make all the difference.