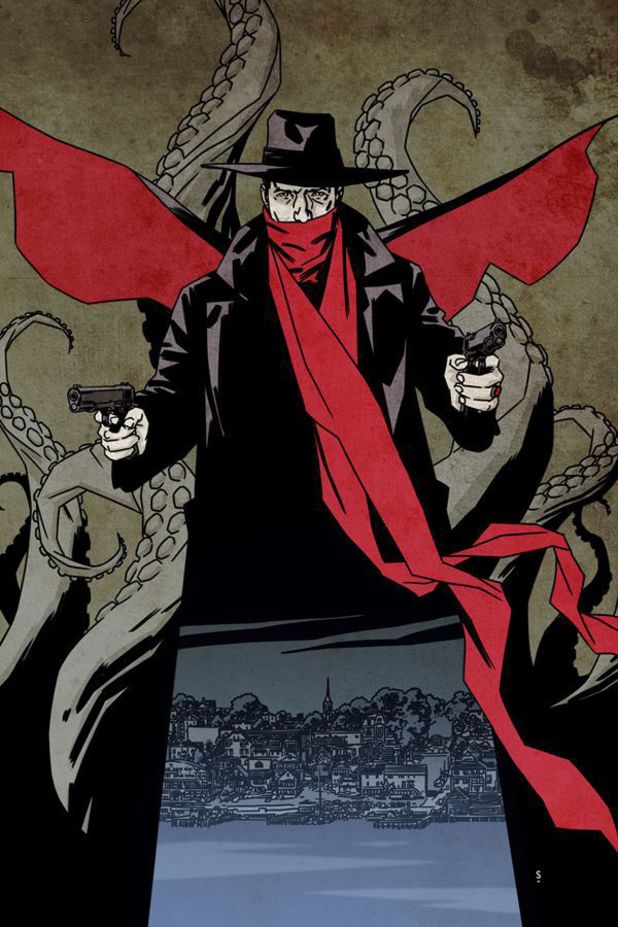 The Shadow Over Innsmouth: A Review

The Shadow Over Innsmouth

This highly entertaining one shot brings together two pulp icons in a perfect amalgam of eldritch terror and bullet flying mayhem.  Millionaire playboy Lamont Cranston and his feisty gal Friday Margo Lane are diverted to the shunned seaport of Innsmouth, where monstrous secrets may be masking much more earthly crimes.  There has been speculation that when Lovecraft wrote “The Shadow Over Innsmouth” he purposely made it more action orientated to appeal to a larger market, and so Ron Marz’s injecting of the shoot first, ask questions later heroics of The Shadow into the atmospheric environment of Innsmouth makes perfect sense. Ivan Rodriguez’s depiction of the architecture of Innsmouth is so real you’ll smell the fish, and his renderings of the altered denizens of the town are suitably icky.  Although the ending is corny, it is exactly the kind of ending one would have read in Amazing Stories or heard on an episode of The Shadow radio show. Here’s hoping that Marz and Rodriguez bring The Shadow back into Arkham County because there is plenty of evil in the hearts of Cthulhu worshippers, Starry Wisdom cultists, and the Whately family.