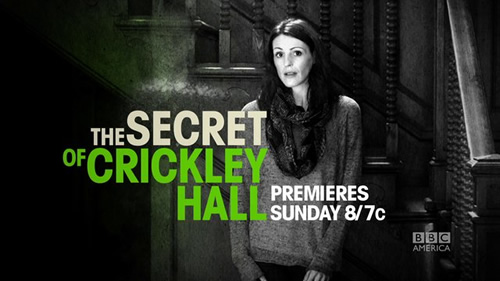 The Secret Of Crickley Hall Review

Synopsis: A chilling haunted house thriller based on the bestselling novel by James Herbert and starring Suranne Jones. A year after their little boy goes missing, Gabe and Eve Caleigh and their two daughters move to Crickley Hall to try and escape the past. It’s a chance for a fresh start. Then cellar doors start to open of their own accord, unseen children cry through the night and a frenzied spectre wields a cane. But just as the Caleighs are ready to move out, Eve hears her missing son. Time shifts between present day and 1943 as the Caleighs desperately try to find out what connects Crickley Hall to their son. Will they find Cam before the evil that stalks Crickley Hall finds their other children?

Our Thoughts: The Secrets of Crickley Hall is a smart, entertaining ghost story from BBC. However, it gives a different twist to the paranormal, making it more story-driven. We follow the Caleigh family as they go through the struggle of dealing with a missing child. At the same time, the plot also toggles back forth to present day and the horrific back story of Crickley Hall from last Century.

The acting is top notch led by Suranne Jones who plays Eve Caleigh. She expertly portrays a woman who blames herself for her son’s disappearance. Later in the series what could be a glimmer of hope quickly turns into another heart-wrenching moment for the character.

The atmosphere of Crickley Hall is a huge draw as well. The large, creepy house makes you wonder what terror could be around the next corner.

Don’t expect blood, guts and gasps from this series. What you can expect is a solid storyline from this horror-mystery tale. All in all, The Secrets of Crickley Hall is a really well made drama-filled ghost story well worth your time.