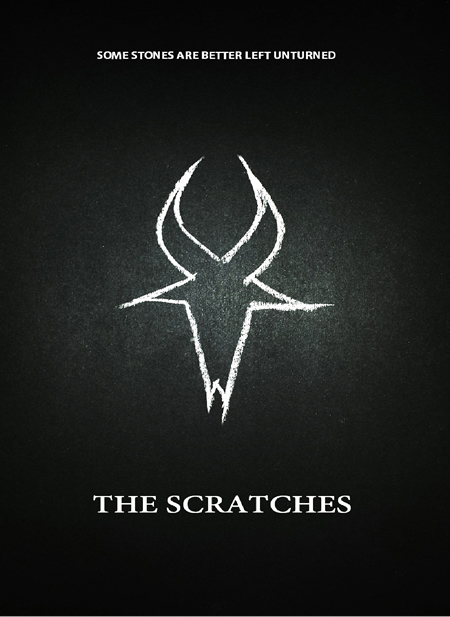 “The Scratches” to Begin Production This Summer

We received word on a horror movie, “The Scratches” which is set to start production in the summer of this year. Read on for the official release.

Synopsis:
Stephanie claims to her boyfriend Nick that she hears screams coming from a rock she finds in the forest. Or maybe something under it.

A mysterious woman, who happens to live around, gives them a warning to stay away from it, but their curiosity makes them turn over the big piece of stone. They don’t find anyone or anything under it, but that gives the freedom for something else that had been locked there for many years and trying to get out. Unusual things start happening. Anna Winston was an eyewitness and the last person who saw the young couple before they go missing.

Inspired by the story of Anna Winston.
She was an eyewitness of the death of her younger sister in the late 1900s because of a strange change in her behavior which led the people of the small town she was living to accuse her for being possessed and witchcraft. Her sister was burned at the stake and her body locked underneath a big rock as a part of her execution. Years after her sister’s death, she encounters with a young couple looking for help and claiming they are haunted by an evil spirit. She had never spoken to anybody about it for all these years because of fear of public affection.

The movie is in pre-production and its set to be filmed in the New York area late summer 2014 with director Georgie Lalov.

Be sure to ‘LIKE’ The Scratches on Facebook for updates on the progress of the film
http://www.facebook.com/scratchesmovie