A new horror film from the man behind the cameras for such genre standouts as Dog Soldiers and The Descent is on track to hit theaters and Shudder next year.

The Reckoning–directed by Neil Marshall–tells the story of a woman falsely accused of being a witch, as reported by JoBlo.com. The film–which opened the Fantasia Film Festival’s virtual edition this past summer–will be released theatrically in 2021 through RLJ Entertainment and then will steam exclusively on Shudder later in the year.

Before then, however, horror fans can get a small glimpse of The Reckoning by checking out the chilling poster on this page.

Marshall co-wrote the screenplay–along with star Charlotte Kirk and Edward Evers-Swindell–that tells the story of Grace Haverstock, a widow accused of being a witch after losing her husband Joseph to the Great Plague of 17th-Century England. The film also stars Joe Anderson, Steven Waddington and Sean Pertwee.

The Reckoning–set in “a society completely consumed by fear and death”–follows Grace as she must endure physical persecution at the hands of a ruthless witch hunter “and face her own inner demons, as the Devil himself starts to work his way into her mind.”

Marshall–who said he was inspired to become a director when he saw Raiders of the Lost Ark when he was 11–has a horror pedigree that includes Dog Soldiers (2002), The Descent (2005), Doomsday (2008), Tales of Halloween (2015), the Hellboy reboot (2019) and another work-in-progress The Lair. He also has directed episodes of such TV series as Game of Thrones, Hannibal and Westworld.

Keep reading Horror News Network for all future updates on The Reckoning and The Lair. 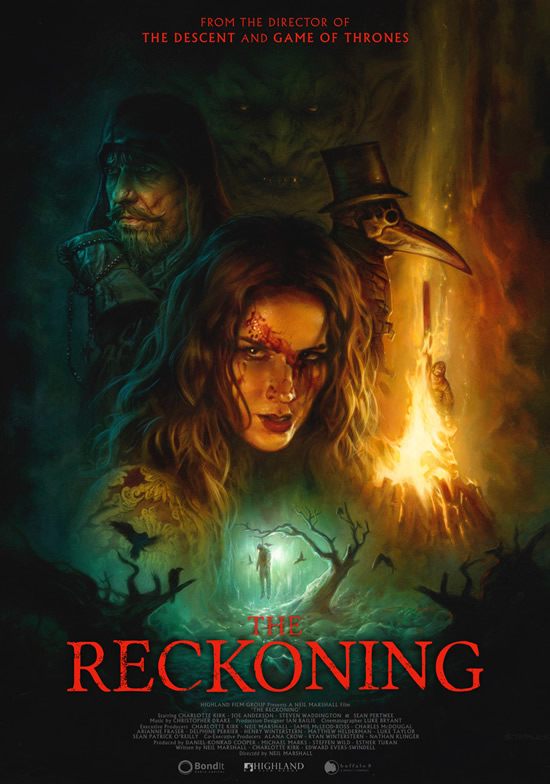 Neil Marshall is returning to the realm of horror with The Reckoning, and the director of such hits as Dog Soldiers and The Descent may have something to prove to fans. The accomplished...
Read more