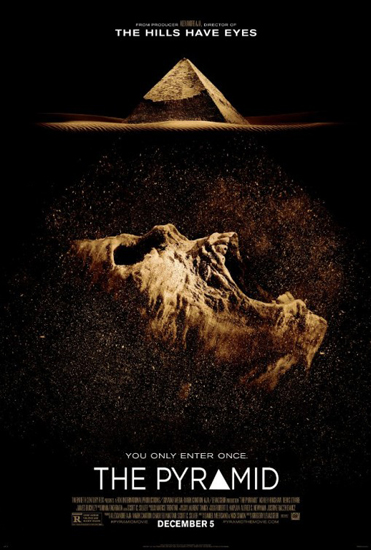 New horror film ‘The Pyramid’ hits theaters today. The Pyramid is about an archaeological team who are hunted by an ancient creature while investigating a lost pyramid. The film is the directorial debut of by Grégory Levasseur, known for his collaborations with director Alexandre Aja on the 2006 remake of ‘The Hills Have Eyes’ and ‘Mirrors, and stars Ashley Hinshaw, Denis O’Hare and James Buckley. Despite being widely advertised, the film was given a limited release to 589 locations.