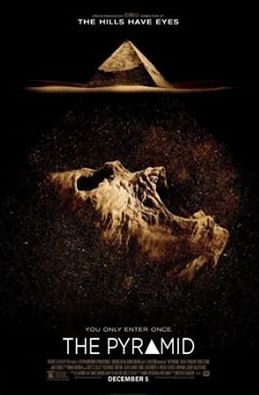 ‘The Pyramid’ Coming to Blu-ray/DVD on May 5th

Twentieth Century Fox Home Entertainment will be releasing The Pyramid on Blu-ray/DVD May 5th.

The age-old wonders of the world have long cursed explorers who’ve dared to unlock their mysteries. But a team of archaeologists gets more than they bargained for when they discover a lost pyramid unlike any other in the Egyptian desert. As they begin to uncover its horrifying secrets, they realize they’re being relentlessly hunted by an ancient evil more nightmarish than anything they could have imagined. From producer Alexandre Aja, director of The Hills Have Eyes, comes a pulse-pounding journey into true terror.