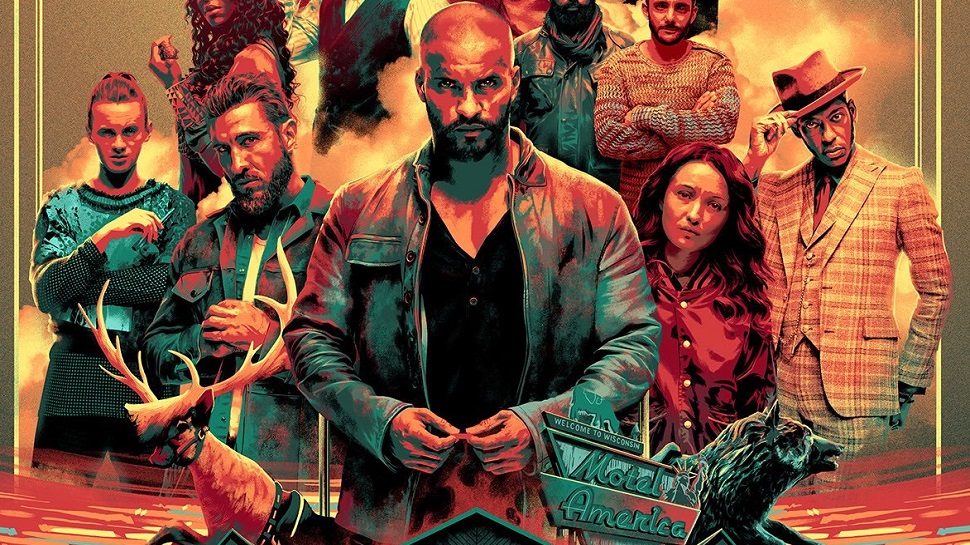 Starz adaptation of Neil Gaiman’s hit novel depicting a battle between the gods of mythology and the gods of modern life is set to return for its second season on March 10, promising us an ole’ fashioned show down! If you have been waiting for a sneak peak into the battle for the souls of humanity, the trailer for American Gods season two has just landed.

Season two continues to focus on Wednesday (Ian McShane) and Shadow Moon’s (Ricky Whittle) cross country road trip in search of ancient allies for the coming battle with Mr. World (Crispin Glover) and his many minions.  The series also stars Pablo Schreiber, Emily Browning, Orlando Jones, Yetedi Badaki, Bruce Langley, Omid Abtahi, Mousa Kraish, and Demore Barne.  Gillian Anderson’s role as Media has been picked up by Kahyun Kim (listed as “New Media” in the credits) after her departure from the series after season one.  Kristin Chenoweth will also not be returning to American Gods as the fertility goddess Easter. In addition to Kim, Dean Winters (as the sinister Mr. Town) and Devery Jacobs (portraying Sam Black Crow) have joined the cast for season two.

Anderson and Chenoweth’s departures have been linked to the exits of creators Michael Green and Bryan Fuller, who left the series at the end of Season 1.   Jesse Alexander took Green and Fuller’s place as the new showrunner, but Alexander also left the series last September.

Check out the new trailer below and be sure to read Gaiman’s novel while you wait for March 10 to arrive.