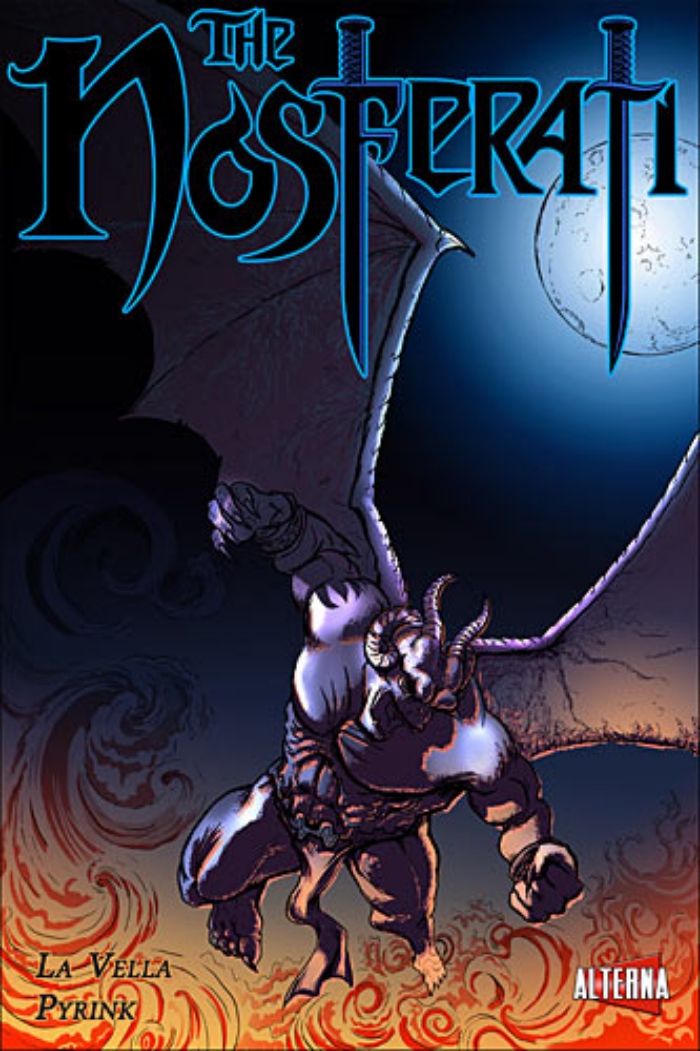 Alterna Comics has provided us a preview of the new The Nosferati comic.

A small party of Crusaders venture into a nearby forest to hunt. Unbeknownst to them, they cross over a long forgotten boundary into hostile vampire territory! A massacre occurs during the night leaving Sir Amalric, a Knight Templar, and a young squire, Sir Benedek, as traumatized survivors. Then, under the command of the local King, a squad of Crusaders return to the scene of the massacre to determine Sir Amalric’s innocence of the incident. While investigating, rivalries between the squad of Crusaders flare and a horrifying discovery springs forth…