Blog - Latest News
You are here: Home / Horror Movies and TV Shows / The New Poster Art for the ‘Suspiria’ Remake has Arrived

Suspiria, Suspiria, Suspiria…should we say it again? Why not, it seems to be all that everyone is talking about lately! Last week we brought you the newest trailer for Luca Guadagnino’s much-anticipated remake of Dario Argento’s classic (click here for that) and this week brings the latest bloody artwork.

From the official synopsis:

“A darkness swirls at the center of a world-renowned dance company, one that will engulf the troupe’s artistic director (Swinton), an ambitious young dancer (Johnson), and a grieving psychotherapist (Ebersdorf). Some will succumb to the nightmare. Others will finally wake up.” 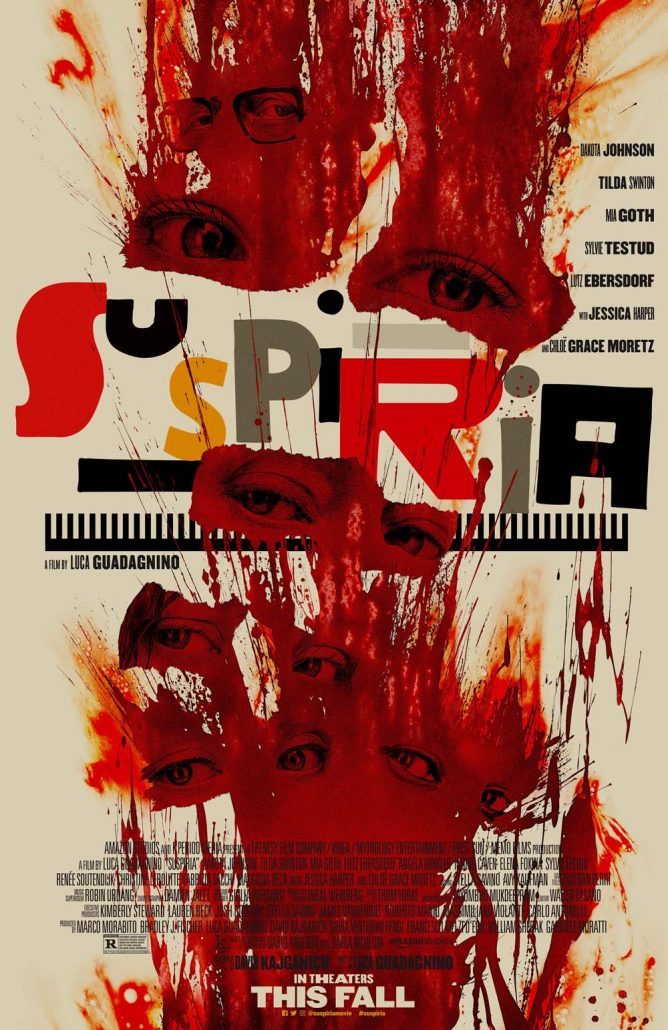 Sarah Paulson Will Direct an Episode and Play Three Characters in ‘American...

Violet and Tate are “Together Forever” in New ‘American Horror...
Scroll to top