This bloodbath’s been nearly 40 years in the making.

The Mutilator 2–the sequel to the 1984 cult slasher–wrapped shooting over the summer, and the official poster has just now dropped. Check it out on this page. 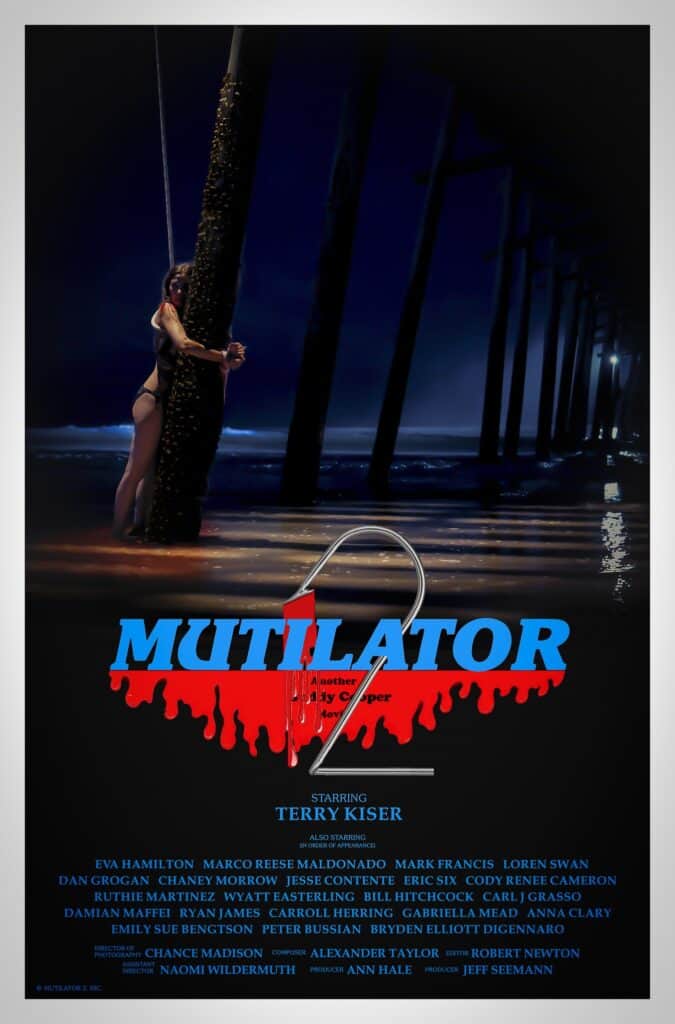 The film–which does not yet have a release window–is written and directed by the returning Buddy Cooper, and stars Ruth Martinez and Bill Hitchcock (from the original movie), Terry Kiser (Friday the 13th Part VII), Damian Maffei (Haunt), Chaney Morrow (Wrong Turn) and Eva Hamilton (Ruin Me).

No storyline details were revealed, but the ’80s slasher–originally titled Fall Break--follows a group of college coeds who travel to an island property during (you guessed it) fall break and “are stalked and murdered by one of the coeds’ fathers,” according to the synopsis.

Keep reading Horror News Network for any further updates on The Mutilator 2.

Official Trailer Arrives for ‘The Mutilator 2’