It looks like Rob Zombie is going for the details on his reboot of The Munsters.

The director this week revealed incredibly detailed blueprints of the famous house at 1313 Mockingbird Lane, along with fashion sketches of what he envisions Lily and Herman wearing to bed, as reported by gamespot.com. Check out the plans for the spooky mansion and the bedtime attire on this page.

“The blueprints are done,” Zombie wrote on his Instagram page. “Time to start construction. Get ready for the most perfect Munsters house since 1964. I want this exact.” The director added that the night wear for Lily and Herman was created by “our amazing costume designers.”

The reboot–currently in pre-production with no release date on the horizon–is a pet project of Zombie’s, who said he has been chasing this film for 20 years. Little is known about the casting (except that Zombie’s wife Sheri Moon will likely play Lily), and rumors have the movie heading directly to NBC Universal’s streamer Peacock.

The Munsters–which ran for 70 episodes on CBS from 1964-1966–starred Fred Gwynne as Herman, Yvonne De Carlo as Lily, Al Lewis as Grandpa, Butch Patrick as Eddie and Beverley Owen (replaced early on by Pat Priest) as Marilyn.

Keep reading Horror News Network for the latest on Rob Zombie’s remake of The Munsters. 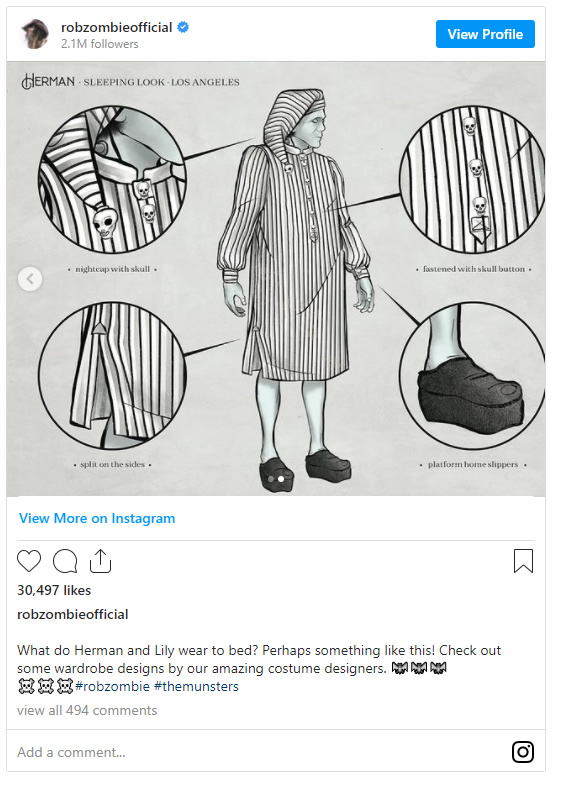 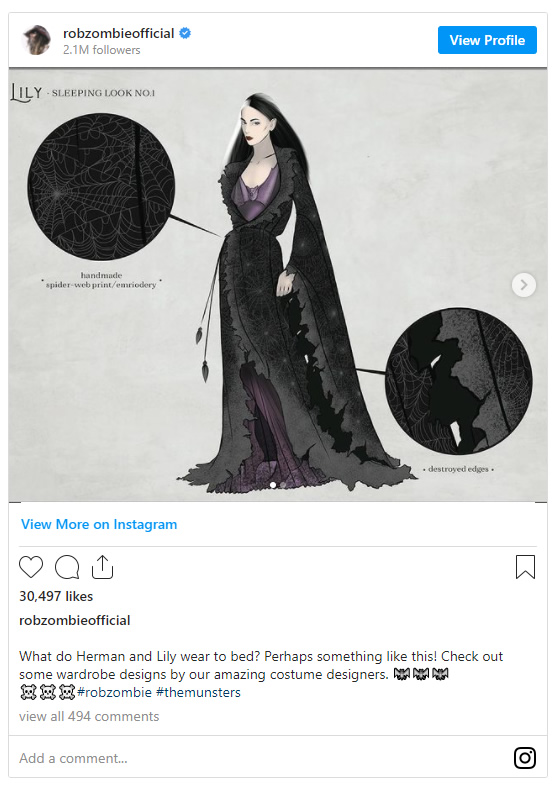 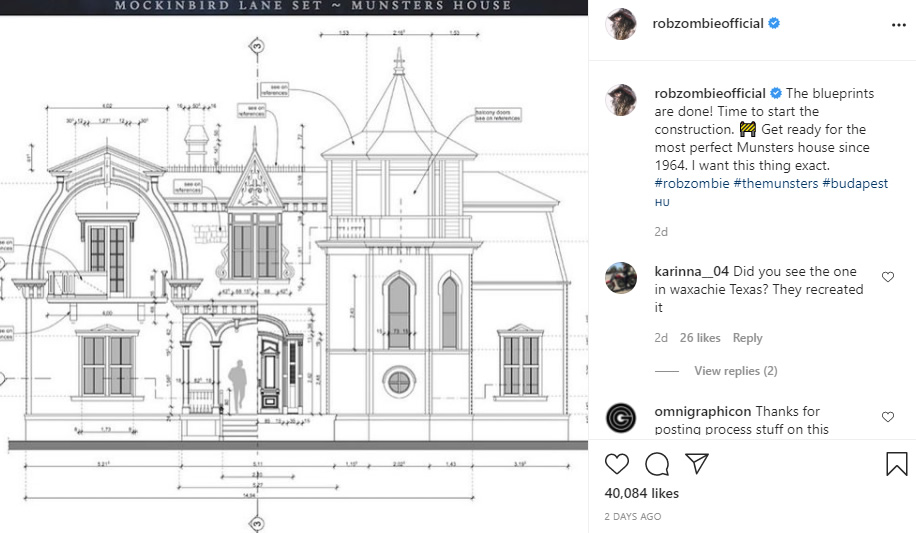