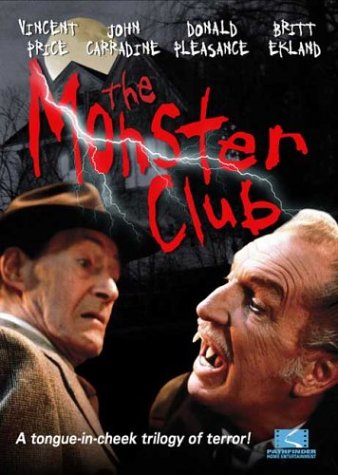 Details have surfaced regarding the release of 1980’s “The Monster Club” to Blu Ray. Scorpion Releassing is scheduling it for September 24th. Some extras include:

“Horror anthology loosely based on the works of horror novelist R. Chetwynd-Hayes. A horror author is invited by a suave vampire (Vincent Price) to accompany him to the title establishment, where he observes the secret social customs of various species of monsters — which apparently include drinking, dancing, and watching undead strippers remove more than just their clothing. He is also made privy to the mating patterns of these creatures, and three bizarre tales are told over the evening. Also starring Donald Pleasence, Richard Johnson, Simon Ward, Britt Ekland, John Carradine, Anthony Steel and Stuart Whitman. This will be vailable both BD and SD.”