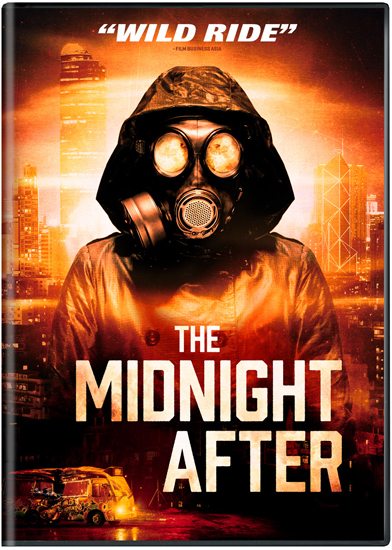 THE MIDNIGHT AFTER Coming to Digital & DVD June 21

Well Go USA Entertainment is releasing director Fruit Chan’s The Midnight After on digital and DVD June 21. You can view the full press release and pre-order information below.

PLANO, TEXAS. (May 9, 2016) – Innovative Director Fruit Chan (Made in Hong Kong, Durian Durian) seamlessly blends a variety of genres — including mystery, thriller, sci-fi and comedy — for the critically-acclaimed, end-of-the-world satire THE MIDNIGHT AFTER, debuting June 21 on DVD and digital from Well Go USA Entertainment. Variety’s Maggie Lee noted that “Fruit Chan bends genre like it’s putty in his hands, distilling the macabre from the everyday and making the apocalyptic seem absurdly matter-of-fact.” In Hong Kong, a group of 16 people on a city bus emerge from a tunnel to find the entire population of the city has vanished.  Based on a cult internet novel by “Mr. Pizza,” the film follows the eclectic group as they deal with horrific discovery … The cast includes Simon Yam (Kill Zone 2), Wong You Nam (IP Man), Janice Man (Turning Point 2), Kara Hui (Lock Me Up, Tie Him Down), Chui Tien You (Contagion), Lam Suet (Kung Fu Hustle), Vincci Cheuk (Kick Ass Girls), Lee Sheung Ching (Stool Pidgeon), Sam Lee (Lost in Hong Kong) and Cherry Ngan (Mojin: The Lost Legend).

16 strangers on a bus. An apocalyptic accident. A downtown full of people: Vanished. The newly-dead: Instantly Decaying. Ominous glimpses of men in gas masks. What’s happened to the world, and how far would you go to get your life back?

You can pre-order the film on amazon.com.