The Halloween season has come and gone and, due to matters out of anyone’s control, we did not get the newest addition to the film franchise as expected this year – Halloween Kills. However, series director David Gordon Green did not want to leave fans empty-handed so he teamed up with author/director Onur Tukel to co-write a “children’s book” based on John Carpenter’s 1978 Halloween.

Co-written by Green and Tukel, with art by Tukel, ‘The Legend of Halloween’ begins quite familiarly with a young Michael Myers in his clown costume, peeking through the window at his older sister Judith, the story is an exact re-telling of “the night he came home” but with children’s book-style single-page artwork and children’s book-style rhymes: “He walked into his sister’s room holding a large knife. He plunged it deep into her chest and ended Judith’s life.”

The story of ‘The Legend of Halloween’ is one that every horror fan knows but you’ve never seen it told like this – David Gordon Green and Onur Tukel have produced an amazingly fun 64-page trove of treasures that all Halloween fans must add to their collection. 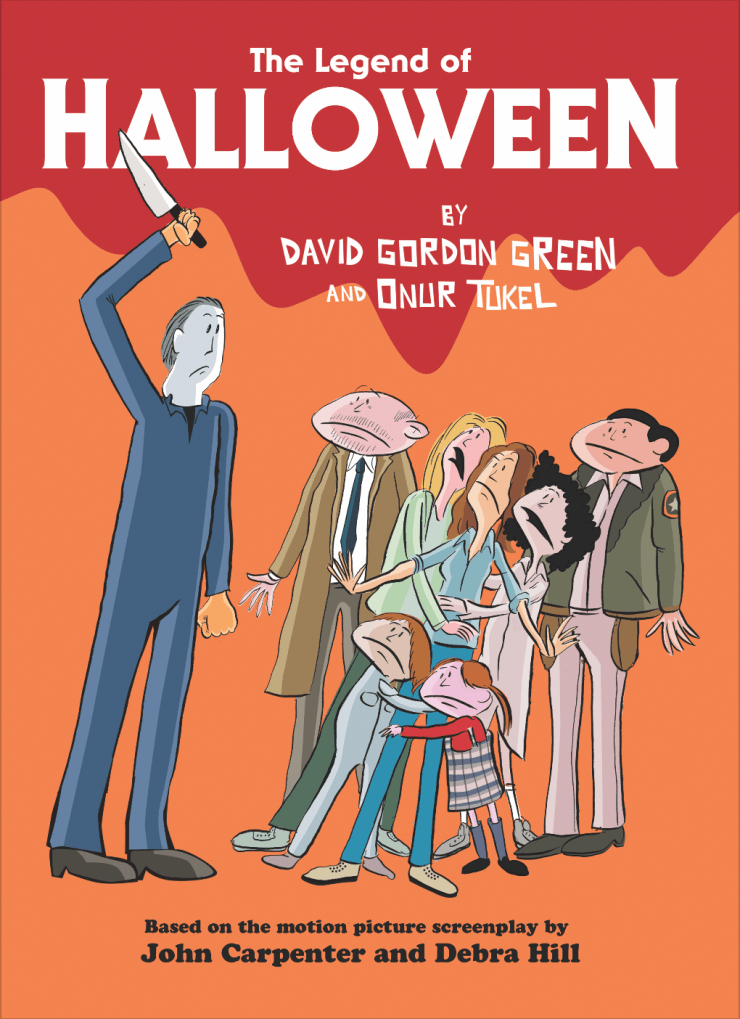