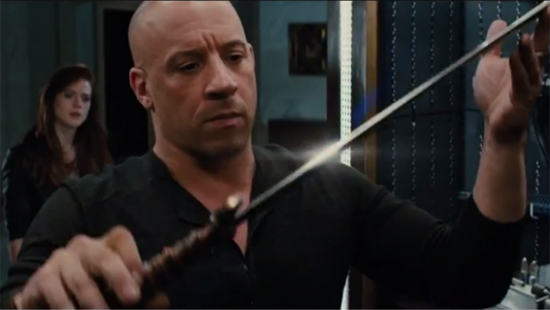 The trailer for the supernatural thriller ‘The Last Witch Hunter’ was released today.   The film stars Vin Diesel as an immortal witch hunter named Kaulder who has to join forces with a witch to save New York City from the covens that threaten it.  The trailer showcases Kaulder and his numerous weapons, which include the dangerous sword of fire.  Michael Caine, Rose Leslie and Elijah Wood co-star and Brek Eisner directs from Cory Goodman’s screenplay.  Lionsgate’s Summit Entertainment is releasing the film Oct 23. You can watch the trailer below.