The bad guys are taking over.

The Last Video Store–a new horror flick from Blue Finch Films–has wrapped filming in Canada and is headed into post-production for a projected release date next year, according to a report on Deadline.

The movie–described as a “love letter to the era of the video store”–is led by the directorial team of Cody Kennedy and Tim Rutherford and stars Kevin Martin, Josh Lenner and Vanessa Adams in her first feature film role.

The film follows a young woman who takes a collection of old video tapes to one of the last video stores, but she’s unaware that she has “a legendary, cursed tape that holds the power to connect the real world with another dimension in which B-movie fantasies are reality,” according to the synopsis.

Things really hit the fan when the woman and the video store owner “unwittingly reawaken its curse, and a raft of cinematic villains is unleashed.”

Keep reading Horror News Network for the latest on The Last Video Store. 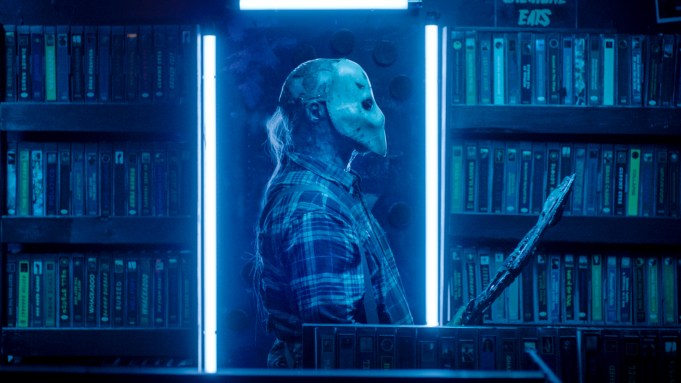