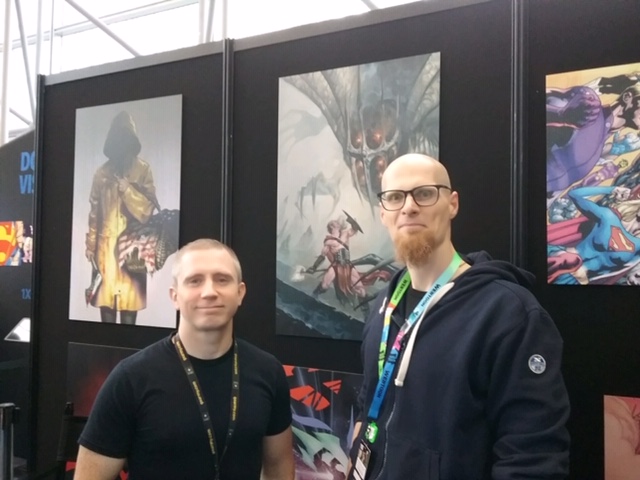 Horror News Network got the chance to speak to both Kennedy Johnson and Federici at NYCC 2019 and learned the origins of the project and why The Last God is sure to satisfy hard core horror fans, as well as those who love intricate fantasy such as Game of Thrones.

Horror News Network:  What are the origins of  The Last God?

Phillip Kennedy Johnson: When I was working on Aquaman, I had the opportunity to create my own series and as someone who has always loved Dungeons and Dragons and horror, it was the perfect opportunity to approach a horror story as an epic fantasy.

HNN:  So much of the fantasy genre involves world building.  How much did this aspect factor into The Last God?

Kennedy Johnson: 9/10 of the story involves world building.  It was also the most rewarding and the reason I got into projects like this one.  The story and world are just too big for the single comics, and we both wanted to make the world expansive so we have added a ton of supplementary materials to each issue such as maps, sacred texts, histories, epic poetry, even music.  We wanted the world to seem as real as possible.

HNN: Most people don’t immediately connect the worlds of horror and fantasy.

Kennedy Johnson:  It should be a perfect fit as far as I’m concerned.  With fantasy, you can take a crazy idea as far as it can go, and it is also perfect for horror.  Throughout the story, we engage in different types of horror, with strange creatures like Alien, as well as body horror like The Thing or the Cronenberg films.  The moments of horror are not infrequent in the story and we intentionally made it very creepy, almost similar to the first season of True Detective in terms of tone.  The Last God is a true mash-up of horror and fantasy.

HNN: How does the fantasy/horror genre appeal to you as an artist, Riccardo?

Riccardo Federici: I loved the project from the start and I loved putting both styles together to create a landscape that would allow me to draw elements of both. 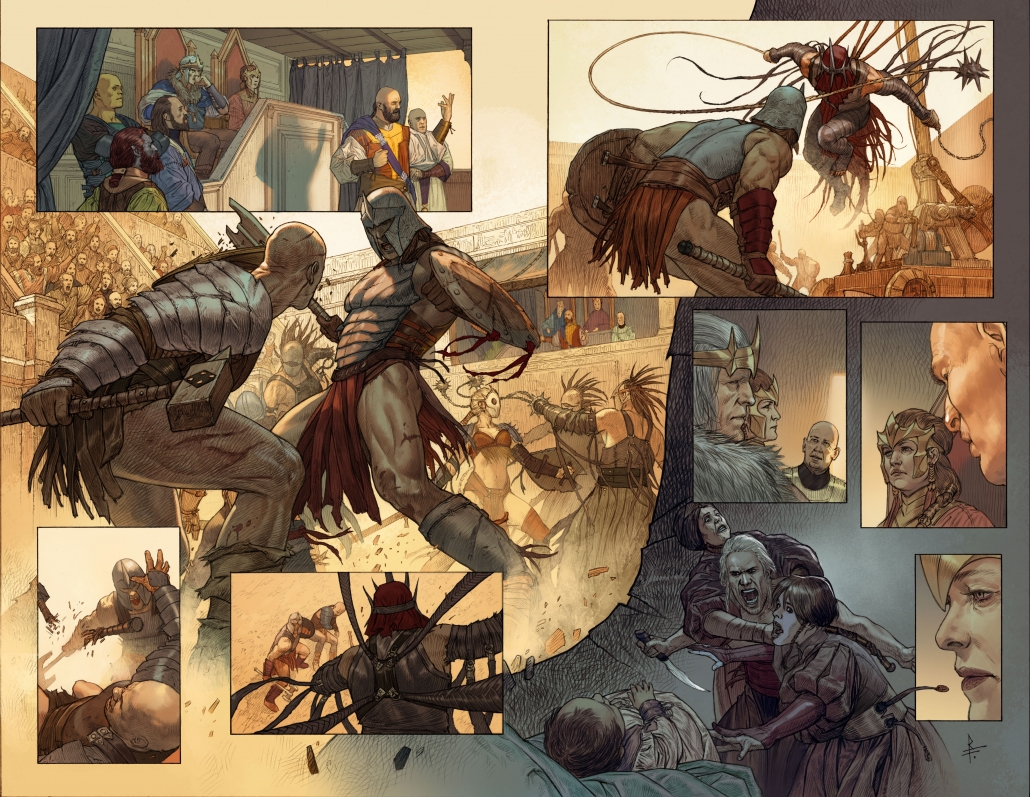 HNN: Is your approach to The Last God different from your work in the super hero genre?

Federici: It is technically similar, but the art plays more on emotion and atmosphere.  I pay more attention to the horror in The Last God and how it will effect the reader.

Kennedy Johnson: When I was approached by my editor about getting Riccardo on The Last God, my first response was “Can we?”  I always thought he would be the best artist in the world for the book with his horror sensibilities and art style.  Riccardo is also a great collaborator.  Some writers think that when you are working on a comic, that the artist works for them, and this is not the case.  It has to be a true partnership, and I have that with Riccardo.

When I send Riccardo the scripts, and then I see the art he produces, it is often different than I described or envisioned it, and it is better, and in this way we make each other better.

Federici: There is a great sense of team work between us.  I am very lucky to work with a writer that allows me to explore the material and values my ideas and choices as an artist.  We always work together.

HNN: Is it important that The Last God is on DC’s new mature readers imprint, Black Label?

Kennedy Johnson:  Being on Black Label, there is so much room for creativity and we didn’t have to keep a lid on the horror.  The Last God is gritty. authentic and dirty as far as the fantasy elements.  For example, in most fantasy stories, the elves are always portrayed as a happy, shiny race.  In The Last God, our elves are a subjugated, aboriginal race.  They are still superior to humans in many ways, but they are also downtrodden.  So there are familiar elements, but also fresh ones where we explore the idea of racial tension.  We are also able to get into politics, slavery, prostitution, and other adult themes due to the Black Label designation.

HNN: Do you have plans for more stories in the world of The Last God after this twelve issue series?

Kennedy Johnson: Well, The Last God is subtitled Book One of The Fellspyre Chronicles, so we hope we can tell more stories.  There is way more that we can do in this universe.

The Last God will be released on October 30 at finer comic book shops everywhere.  Check out the trailer put together by Kennedy Johnson below. 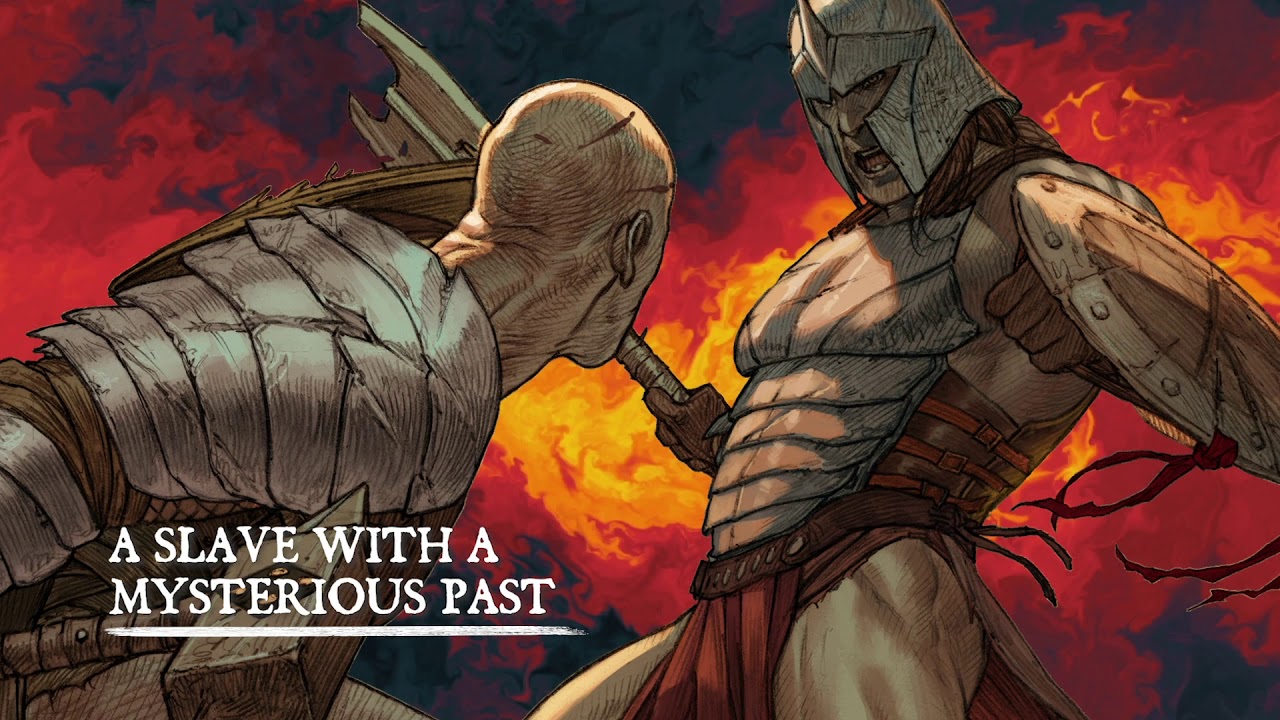