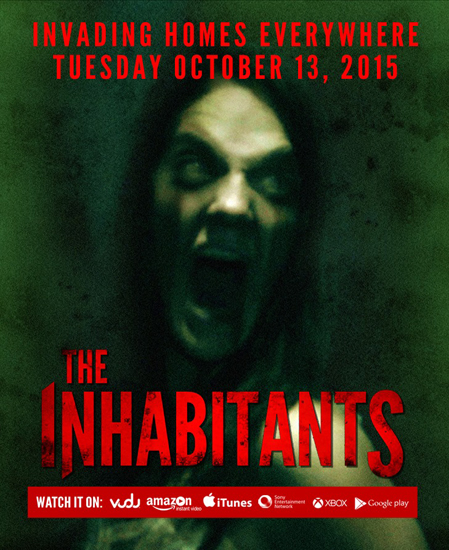 Michael and Shawn Rasmussen are a screenwriting and filmmaking team. They wrote JOHN CARPENTER’S THE WARD (2011), the iconic director’s first film in almost a decade, and the thriller LONG DISTANCE which premiered at Tribeca in 2005. Their directorial debut DARK FEED was distributed by Lionsgate Home Entertainment in 2013. Their follow-up feature THE INHABITANTS was recently acquired by Gravitas Ventures for U.S. distribution.

Gravitas Ventures is proud to present THE INHABITANTS – from the writers of JOHN CARPENTER’S THE WARD – on VOD October 13th!

Written and directed by Michael and Shawn Rasmussen, screenwriters of JOHN CARPENTER’S THE WARD, and produced by international bestselling author Glenn Cooper, THE INHABITANTS revolves around a young couple that gets more than they bargained for when they renovate a neglected bed and breakfast in New England. After a series of disturbing events, the husband begins to suspect that something evil is lurking within the walls of this old house, and whatever it is has set its sights on his wife. Now he must fight to uncover the inn’s dark secret before this malicious spirit consumes everything he loves.

THE INHABITANTS was filmed on location inside one of the oldest houses in New England which was home to the Salem Witch Trial children. The Noyes-Parris House (c. 1669) was owned by the infamous Rev. Samuel Parris who was the father of Betty Parris and uncle to Abigail Williams, the two girls who made the initial accusations that led to the tragic witch trials that took place in Salem, Massachusetts.