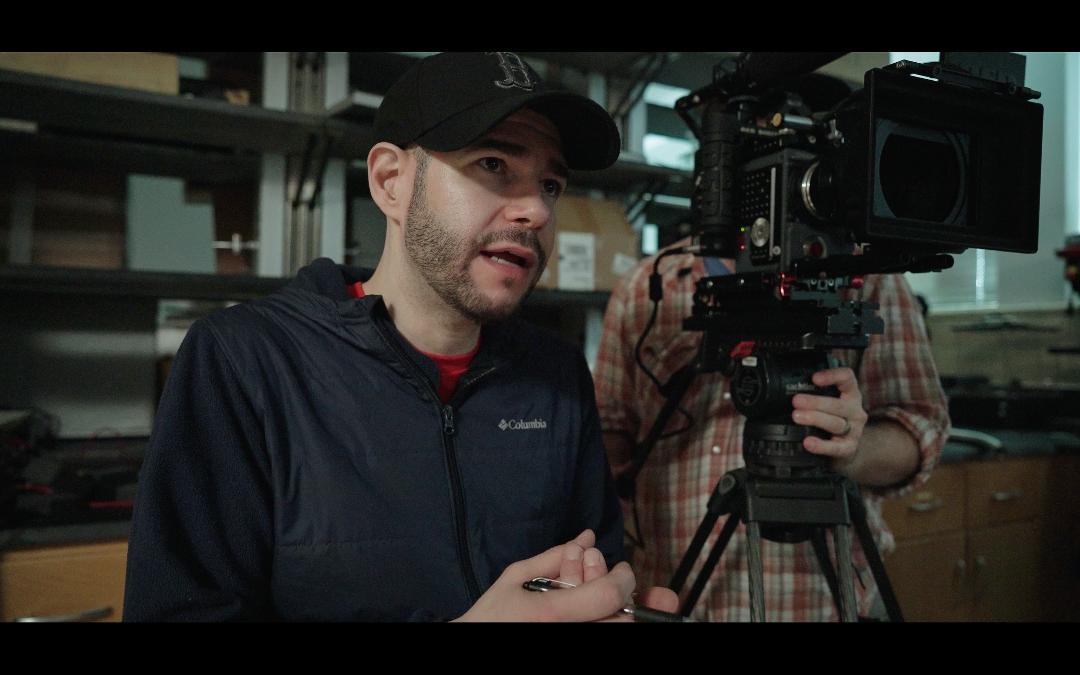 Back in October of 2004, a new reality show called Ghost Hunters debuted on the SyFy Network and immediately satisfied the cravings of paranormal fans everywhere.  Ghost Hunters immediately separated itself  from the seasonal ghost specials and haunted house exposes that focused on scary stories by using scientific equipment and by not jumping to the conclusion that a ghost was lurking around every corner.

Steve Gonsalves and Kendall Whelpton were two important members of the Ghost Hunters team, with Gonsalves filing the role of an investigator and Whelpton serving as a camera operator and cinematographer.  With years of combined experience in creating the standard for modern paranormal programming, the duo decided to take a stab at directing their own documentary film entitled The House In Between, which turned into a case that even surprised two individuals with a wealth of ghost hunting experience.

Check out the exclusive interview with Gonsalves and Whelpton about the challenges associated with making a documentary feature on the paranormal and how it differed from their extensive work on Ghost Hunters.

Horror News Network: Both of you have extensive experience from the world of television with Ghost Hunters, but what made the two of you interested in making a documentary film about a haunting?

Steve Gonsalves: Alice (the home owner of the house featured in the documentary) reached out to me through my agent and her story really intrigued me.  She kept telling me about the situation in her house, how she hadn’t lived in it in ten years, even though she kept it immaculate.  The idea of a continuous study of the paranormal over the course of ten years was something that I had never heard of before and the fact that the house was being used as a training ground to communicate with spirits was also unique.

Eventually, we decided to go there and see for ourselves.  We went there twice and I was impressed with how genuine everyone was and saw it as an opportunity to tell Alice’s story and shed some light on the house and hopefully get some answers for her and the others involved.

Kendall Whelpton: Steve gave me a call because he knew I was starting up a production company called Robot Ninja Media and we were in the process of looking for some projects.  We worked for many years together on Ghost Hunters and I was excited to have the chance to work together again.

When I got to speak to Alice, she made some claims about some very profound experiences in her house that I had never heard before.  After speaking to her and John and Brad (the paranormal investigators), as Steve said, I was impressed with how genuine they were and we got started.

HNN: How was the process of making a full length documentary about the paranormal different from making a 40 minute television program?

Gonsalves: On television when you are doing an investigation, you approach it from an angle where if you see something happen, you just jump in and chase it down.

For The House in Between, going in as a director/producer, you have to look at all aspects and provide all of the ingredients for the production.  In the TV world, you follow a certain path or structure with each episode.  In the documentary world, there are two ways that you can go about it: you can either film it all and then find out what your story is or you can go in with certain ideas and use the footage to tell that story.  We went in the direction of the first type, as we found the narrative as we were making the film.

Whelpton: Steve nailed the point about the television format and this was an opportunity to break out of the box.  The style of TV that I shot prepared me, but we got to be more creative and took the time to follow the narrative wherever it went.  We were able to deal with the story in a linear fashion and tell it start to finish as it happened.  In that way, it was like being a detective or investigator, following leads, and of course, some paid off and some didn’t.  The film was a gamble for us in terms of time and budget, but it ended up being a very unique story and viewers will be able to go on the journey with us through this documentary.

Gonsalves: A lot of documentaries look like a documentary in terms of the way that they are shot, so we tried hard to make The House in Between a visually cinematic document of real life.  It was difficult, but creatively, it was the way to go.  You can never turn off the camera and stop the investigation and the paranormal won’t wait, so you have to capture it the first time “run and gun” style.  Using the cinema lenses definitely added warmth and depth to the story and I can’t think of another paranormal investigation that has ever been filmed in this style to be honest.

Whelpton: The amount of time that we spent at the house was also so much more than an episode of a television show.  It was neat to put all of this energy into a project and have it pay off.  In a sense, the house is the main character.  And the house doesn’t look like a stereotypical haunted house; it is a beautiful house in a peace woodland setting, but when it started getting dark outside, the whole feeling of the house changed. 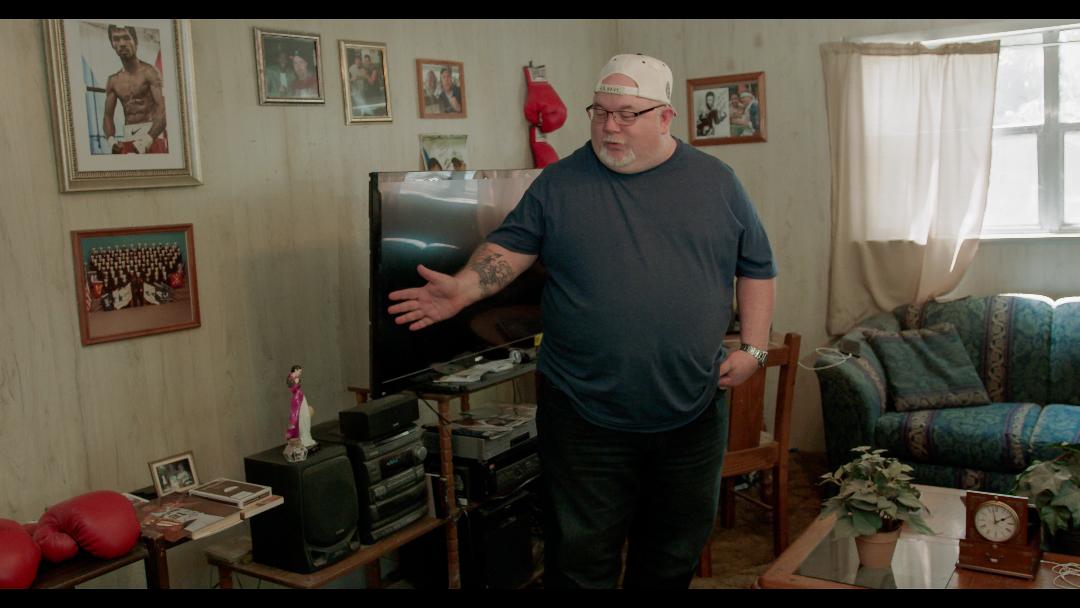 HNN: TAPS established a more scientific approach to the paranormal on television through the original Ghost Hunters program and it appears that you are following a similar science-based approach in the film.

Gonsalves: We always tried to stop perpetuating theories that couldn’t be backed up with evidence.  When we investigated a location, we always began by trying to disprove the activity and laid a basic foundation for an investigation.  If something happened twice we’d say it was a coincidence, if it happened three times it was a pattern, and required more scrutiny.

In the film, we took the same approach and tried to get answers to some of the recurring ideas about the catalysts for activity such as running water or mineral deposits.  We didn’t want to assume that these were contributing factors, we wanted to test them, to dig deep,  and see if they could possible contribute to the phenomenon.

It wasn’t easy finding scientists that would speak to us about it.  I think we had to ask about 30 physicists before one said that they would speak about the possible connections.

Whelpton: We couldn’t even get a geologist to sign on!  I understand because most scientists don’t want to discuss the paranormal, they want to focus on pure science.  They don’t like talking about the paranormal.  We are lucky we found scientists who were willing to consider it.

Gonsalves: In the film, and at TAPS, we always ask if there is a way to explain something through science.  We wanted to assure Alice and go the scientific route with the documentary.

HNN: Would you be interested in returning to the house or working on another documentary in the future?

Whelpton: Absolutely.  100%. There is more to be told about this story and so many interesting claims.  Steve and I were very set on presenting evidence, using strict guidelines, and we could dig deeper into the case.  Along with the location being so interesting, the people in the documentary are equally compelling.  Most studies of the paranormal don’t go into who the home owners are, or who the investigators are, but we tried to tell the whole story.

Gonsalves: We don’t go into the film trying to make a scary documentary.  We approached it almost like a true crime documentary, focusing on the factual with an unbiased approach.  The tagline of the film “scary because it’s real” ended up being very accurate.  We wanted to capture the human elements of living in a haunted house , and I think we accomplished that.

I wouldn’t make another documentary like this one if it didn’t have the same elements of The House In Between.  It was a lot of fun to make it and when documentary filmmakers say a film took them two or three years to make, they aren’t lying!  Making sure that all of the data was factual was important and that took a lot of time.  We were very diligent about our process and made sure that everything was on point.

HNN: The film will be released digitally and on blu-ray and dvd on May 5.  Where can people find it?

Whelpton: The film will be available from 26 different outlets including itunes and Amazon.  It is actually available as a special pre-order from itunes right now. We tried to hit everyone so it could be streamed over multiple platforms.  Fans can go to our website for further information and for access to extras about the film.

I also want to comment about the amazing crew that we worked with.  They were all hand-picked, as we could only make a small imprint on the location and they nailed it.  The talented people that we worked with made the project special. 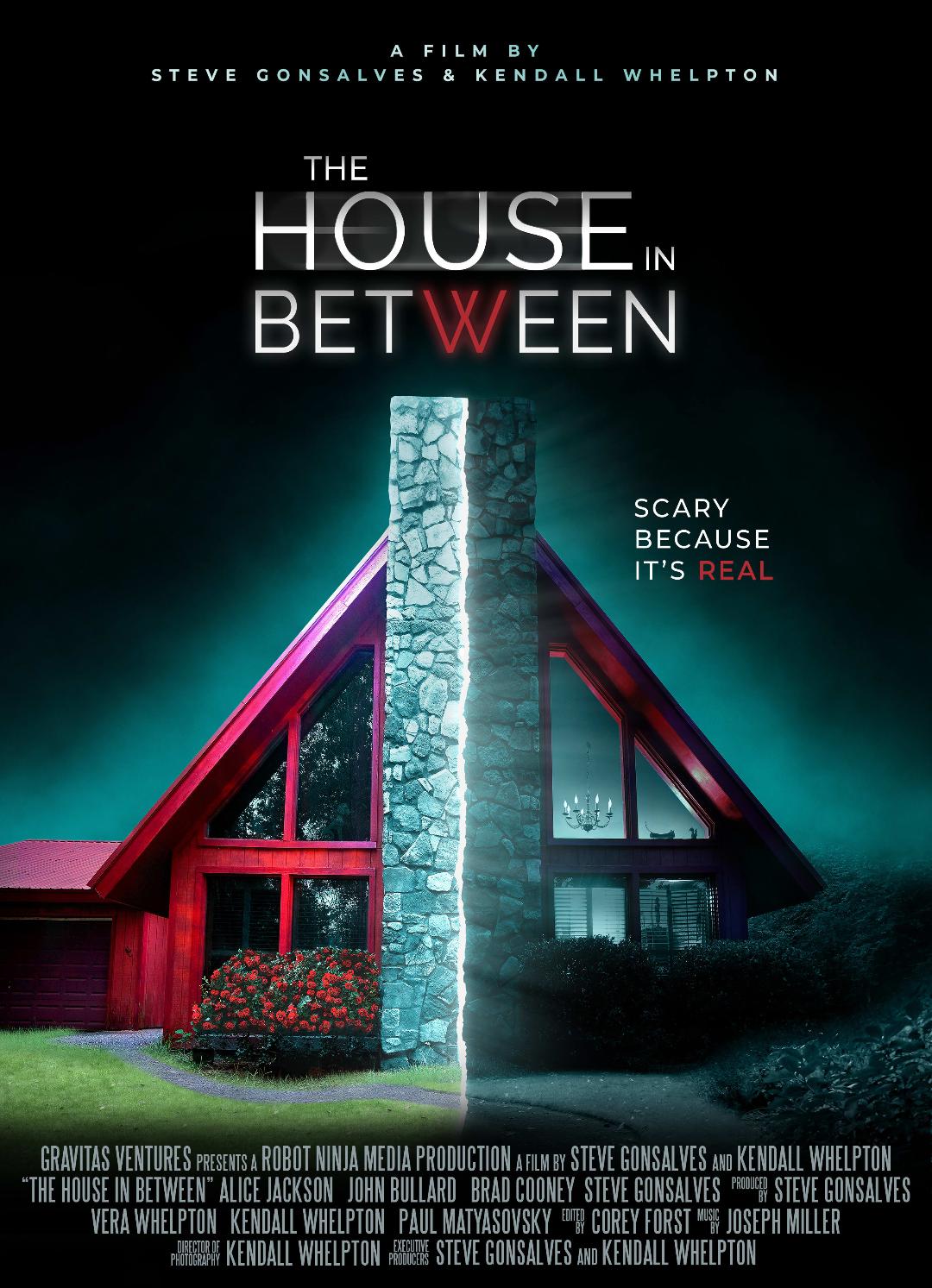