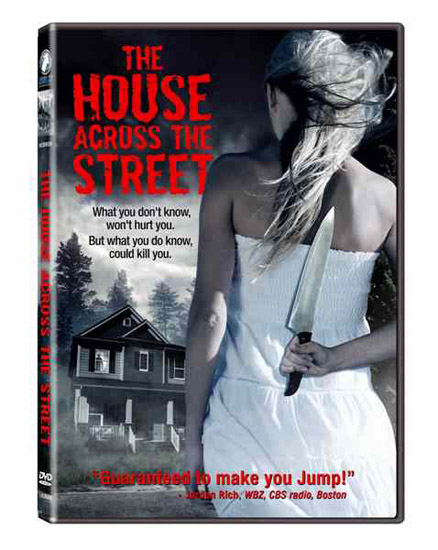 ‘The House Across The Street’ Coming to DVD May 26

THE HOUSE ACROSS THE STREET

Los Angeles, CA – Level 33 Entertainment announced today the upcoming release of the psychological horror / thriller feature film THE HOUSE ACROSS THE STREET available for the first time on DVD at Amazon.com and fine retailers everywhere beginning on May 26, 2015.  The film has just completed a successful limited theatrical run.

Synopsis:  When Amy moves into a new apartment, she notices strange things happening at THE HOUSE ACROSS THE STREET. Always a curious girl, Amy is compelled to investigate further. The more she finds out, the closer she gets to the center of a horrific conspiracy that threatens to tear apart her new town and destroy the lives of its people.