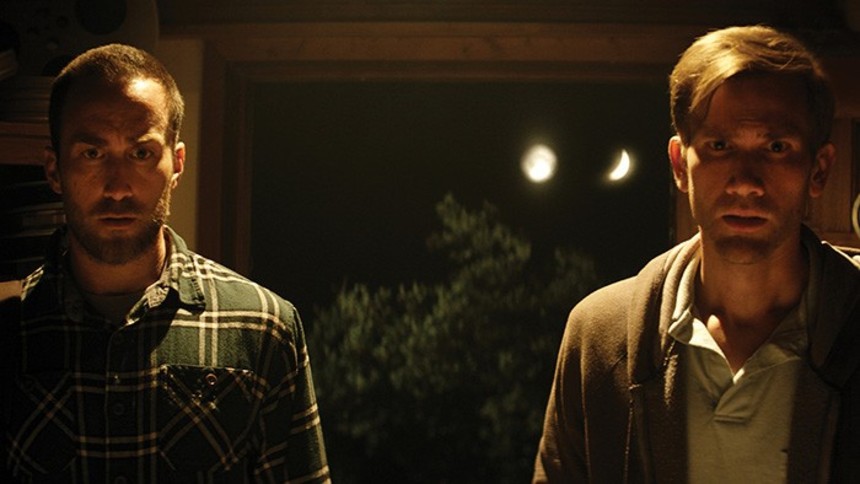 Justin Benson and Aaron Moorhead’s The Endless is headed to theaters on April 6th after making a splash at the Tribeca Film Festival last year. Acting as jacks of all trades for the picture, Benson wrote, co-directed, co-produced, co-edited, and acted in a lead role in the film, while Moorhead co-directed, served as the director of photography, co-produced, and acted in the other lead role opposite Benson. While such a feat is usually reserved for the passion projects longtime industry leaders full of hubris and name recognition, Benson and Moorhead’s project comes from the other end of the career trajectory spectrum: the path of two talented young filmmakers breaking onto the scene with unique ideas and the ability to attain their vision through a collective mindset and efficient production decisions. The result of their labors is a large-scale story told with a level of heart and intimacy rarely seen in contemporary horror filmmaking. Focusing on two brothers who return to the UFO death cult of their childhood- which may be under the influence of an invisible monstrous godlike beast that requires cyclical human sacrifice- The Endless is a slow-burning, original movie which builds dread through classical storytelling mechanisms over cheap modern horror gags.

In response to reviewers who called their previous works, Resolution and Spring, “Lovecraftian,” Benson and Moorhead embrace their emerging style and open The Endless with an H.P. Lovecraft quote. They also throw in an anonymous quotation about the emotional secrecy between brothers, thereby establishing the two main motifs of the movie before the camera even rolls. You see, The Endless is more about the ride than the destination, and if the viewer accepts that anything can happen- from the cosmic dread of a three-moon apocalypse to a transparent monster who can make any parlor trick more magical- the interpersonal journey between Benson’s Justin and Moorhead’s Aaron begins to take center stage. We first see them ten years after escaping the commune, trying to make ends meet by working for a cleaning company in the outside world… a seemingly obvious nod to Chuck Palahniuk’s Survivor (an author whom the duo cites as a creative influence), and we begin to question whether the cyclical minutia of their everyday lives is really any different from the practices of the UFO death cult. While it was certainly a risky move to cast themselves alongside such talent as Callie Hernandez and Lew Temple, they perform well as actors and even better as brothers. Benson and Moorhead’s off-screen relationship likely strengthened their ability to play off of each other in such a brotherly fashion (which might explain why their characters share the same names), and they bring a certain charm to their respective performances whether they’re joking with each other or going through their individual existential journeys. Benson brings a sort of Chris Evans “aww shucks” charm underneath the gruff exterior of a sometimes domineering older brother, while Moorhead subtly portray’s Aaron’s transformation into becoming his own man. 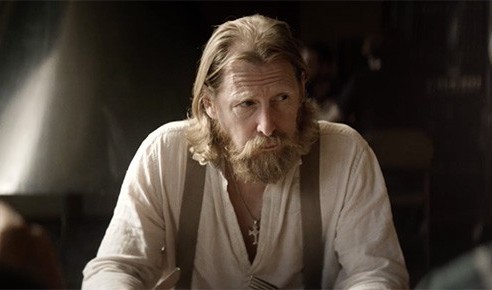 Other notable performances include Callie Hernandez (La La Land, Alien: Covenant, Blair Witch), Lew Temple (The Devil’s Rejects, The Walking Dead), and Tate Ellington (Straight Outta Compton, Sinister 2). Hernandez is engaging and mysterious as Anna throughout all of her scenes. Her character has nefarious intentions for Aaron, but she ropes him in in such a subtle and non-threatening manner that it can even be difficult for the viewer to determine if what she wants is wrong. Temple’s Tim isn’t given much to do beyond standing under flood lights and smoking, but his pensive attitude combined with the fact that he’s older than the majority of the commune gives the impression that he has a heightened wisdom over the “cost of living” in the UFO death cult that the younger, happier hippies can’t yet perceive. Ellington plays Hal, the “there are no leaders here” leader of the cult. His manipulative passive-aggressiveness shines in the film, especially in his scenes opposite Benson and Moorhead. At the start of the film, the viewer may be asking why these guys would ever return to the camp in their right minds, but the performances of the supporting actors help establish the feeling of a legitimate and comforting community… despite whatever dark secrets it may be harboring below the surface. The low-budget special effects of The Endless are serviceable, but the movie really shines in its scenes which predominantly feature its actors interacting with one another. Whether it be a discussion over a metaphorically unsolvable math calculation or a comical dispute over the etymology of the phrase “slept together,” the movie’s performers bring a sense of charm, humor, and dread to their characters.

The subject matter of The Endless is certainly horrific, but visual horror aficionados may be disappointed in the fact that the film features very few staples of the genre on screen. There is no explicit violence, and we only see the monster through the artistic renderings of one of the campers. There are moments where something big will go flying or weird things will drop from the sky, but those moments aren’t nearly as effective as the times where Benson and Moorhead go low-tech with their shots. My favorite scene involves an initiation ritual where the campers essentially play tug of war with their deity. The skeptical Justin insists that the end of the rope is just one of the other campers pulling back into the darkness, but the rope begins to lift higher and higher into the sky against the pitch-black darkness and Smiling Dave can be viewed among the crowd. The shots are simple but disturbingly effective, and they outdo any of the more advanced examples of CGI work later in the film when the stakes are higher and everything has gone berserk. 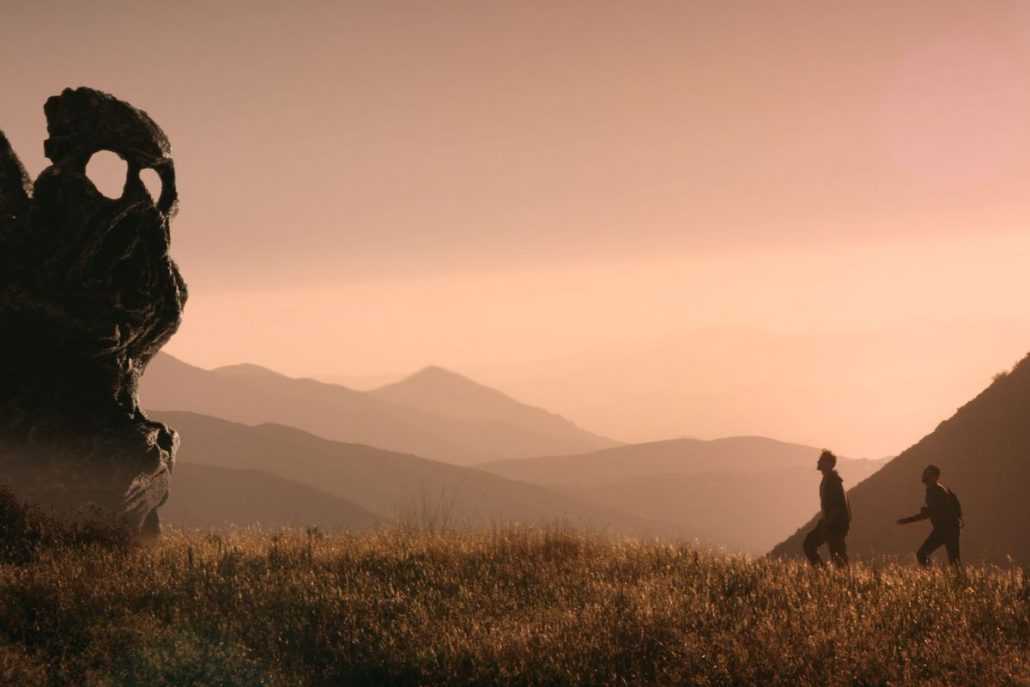 While the concept and the motifs of the film may lead you to think that The Endless is a highbrow film for the snootiest of viewers, it’s important to note that the movie is not afraid to dip into some sophomoric and comedic character portrayals and scenarios. One of the film’s most existential moments centers on the main characters of 2012’s Resolution in a special guest appearance as they ponder the cyclical nature of their captive lives. While the characters are sometimes as trashy as it gets, there’s a hidden intelligence to their scenes which will speak to viewers on different levels. During some scenes, I couldn’t help but think of early Eli Roth or Wes Craven films, where certain outrageous characters and scenarios help to break up the flow of the primary feel of the movie. There’s a little something for everyone in this movie.

The Endless is proof that motivated filmmakers can set out to create something different and original, despite a small budget and limited resources. Justin Benson and Aaron Moorhead demonstrate their raw talent in all of their roles on the film, and they are two up-and-comers that the horror community should be watching with interest in the coming years. This film will provide a satisfying evening for any horror fan who values character studies over buckets of blood, and it will keep you thinking long after the credits roll and the UFO death cult’s cycle repeats itself!

Stay tuned to Horror News Network for coverage of upcoming Justin Benson and Aaron Moorhead projects as they break!