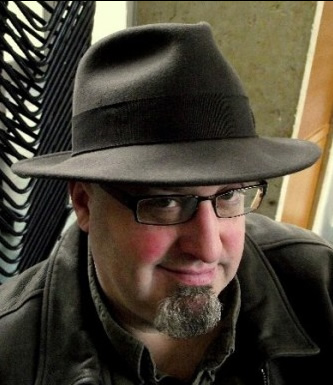 The End In All Beginnings Coming This Summer

The Chicago-based independent publisher known for its volumes of exceptional fiction, Grey Matter Press, and dark fiction author John F.D. Taff have inked a deal that will see the publication of a new, cross-genre collection consisting of five dark sci-fi/horror novellas written by Taff. The all-new, single-author collection is expected to be released in the summer of 2014.

Titled THE END IN ALL BEGINNINGS,  the volume includes five never-before-released novellas written by Taff that explore the concepts of life and death through both time and space. The collection will be edited by the Bram Stoker Award-nominated R.J. Cavender and published by the Bram Stoker Award-nominated editorial team at Grey Matter Press. The collection comes on the heels of recent Taff releases that include the critically-acclaimed novels Kill/Off  and The Bell Witch  along with his premiere collection of short stories, Little Deaths, which was named “The #1 Horror Collection of 2012” by HorrorTalk.

“Bringing this collection to life and publishing it with Grey Matter Press makes this a dream project,” said Taff. “I am thrilled to be able to grow my relationship with this up-and-coming dark fiction publisher because they’ve already become a company I greatly respect.”

THE END IN ALL BEGINNINGS  will be Taff’s second single-author collection of short-format dark fiction, and will be yet another example of how the author masterfully weaves elements of science fiction, horror and suspense into his acclaimed fiction. The volume will be the first foray into single-author work for Grey Matter Press who has until now published only multiple-author anthologies.

“It was always our intention to add collections and novels to our catalog, and I can’t express how excited we are to have John F.D. Taff’s THE END IN ALL BEGINNINGS  become our first single-author collection,” said Anthony Rivera, publisher and editor at Grey Matter Press. “This marks a monumental start to an all-new chapter in our history, and there is no better partner than John F.D. Taff to have in this venture. We very much look forward to bringing this all-new, all-thrilling Taff collection to his numerous fans.”

THE END IN ALL BEGINNINGS  is a collection of five novellas written by Taff during the last two decades. The pieces take a dark, emotional and oftentimes introspective look at life and death through the ages. Included in the volume are “What Becomes God,” a story about two boys coming to terms with the true horrors of life; “Object Permanence,” an investigation of the ages-old human desire to not be forgotten; “Love in the Time of Zombies,” an engrossing tale of heartbreak in a world gone haywire; “The Long, Long Breakdown,” the story of an overprotective father raising his motherless daughter in a dangerous post-apocalyptic city; and “Visitation,” a dark and emotional look at the enduring pain of love and the afterlife.

“These pieces represent a wide slice of my writing career,” said Taff. “From stories that I wrote more than 20 years ago and recently hauled out to revise, to pieces that literally were finished just as I sent the manuscript to Cavender to begin the editing process.”

Grey Matter Press looks forward to adding THE END IN ALL BEGINNINGS  to its already well-received and critically acclaimed catalog. Since 2013, the publisher has released several volumes of dark fiction all of which feature work by some of the most well-respected authors writing in the horror, science fiction, fantasy and speculative fiction genres today. Included in that roster is Taff himself, who contributed two short works of fiction to the company’s expanding line of anthologies.