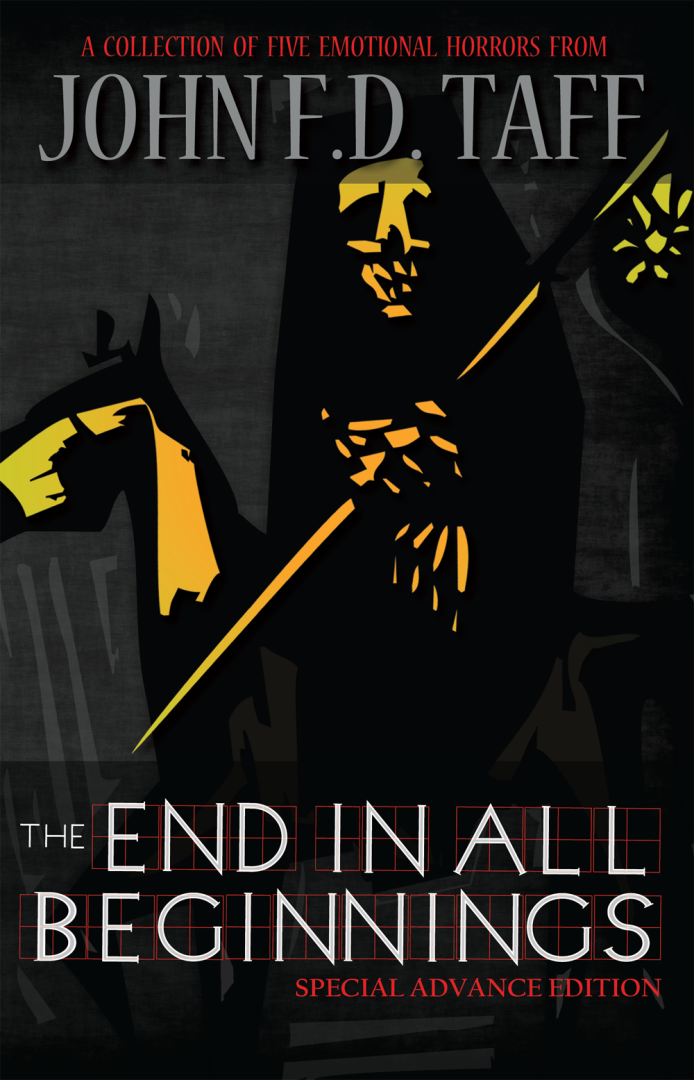 The End in All Beginnings: A Review

John F.D. Taff’s The End in All Beginnings is a collection of five novellas that through a variety of genres explores how the past casts an inescapable shadow over the present and can contain the seeds of horror that fully blossom in the future. Time is an essential component of horror as both the natural processes of ageing and the unnatural violations of this cyclical order lead to the same end result. Taff’s deceptively simplistic prose offers deep emotional and dramatic insights into how human beings live with the tremendous burdens of the past and the inevitability of death. The collection begins with the book’s most “normal” narrative before taking a serious turn into the weird. “What Becomes God” is a slice of Stephen King/Ramsey Campbell suburban childhood creepiness as two friends spend the summer reconciling themselves to the dawning consciousness of mortality, the stifling weight of maturity, and the capacity for primal animalistic savagery that lurks under the veneer of family. The second novella “Object Permanence” is a slowly revealing Twilight Zone-like story that focuses on the theme of the interconnection between reality and memory, as Taff suggests that these two experiences that are often portrayed as opposing perceptions are actually sides of the same coin. “Love in the Time of Zombies” is a languidly told tale of a zombie apocalypse love triangle between two survivors and an undead ingénue. The setting of “The Long, Long Breakdown” is reminiscent of J.G. Ballard’s The Drowned World as rising oceans threaten the human race. Taff creatively parallels surviving in this transformed new environment with the changing relationship of a maturing daughter and an overprotective father.  The final story is the most imaginative and profound.  “Visitation” follows in the footsteps of the mind expanding works of Philip K. Dick as the winners of an intergalactic lottery get to go to a planet where they can have contact with a deceased loved one. This extraordinary opportunity is revealed to be not exactly what it seems, but turns out to be even more fantastic and revelatory.  Taff’s writing draws an intimate correlation between an individual and the cosmos as the main character’s new awareness has major consequences for everyone in the galaxy. Though not your traditional horror collection, John F.D. Taff’s The End in All Beginnings offers the more adventurous genre readers much to appreciate.