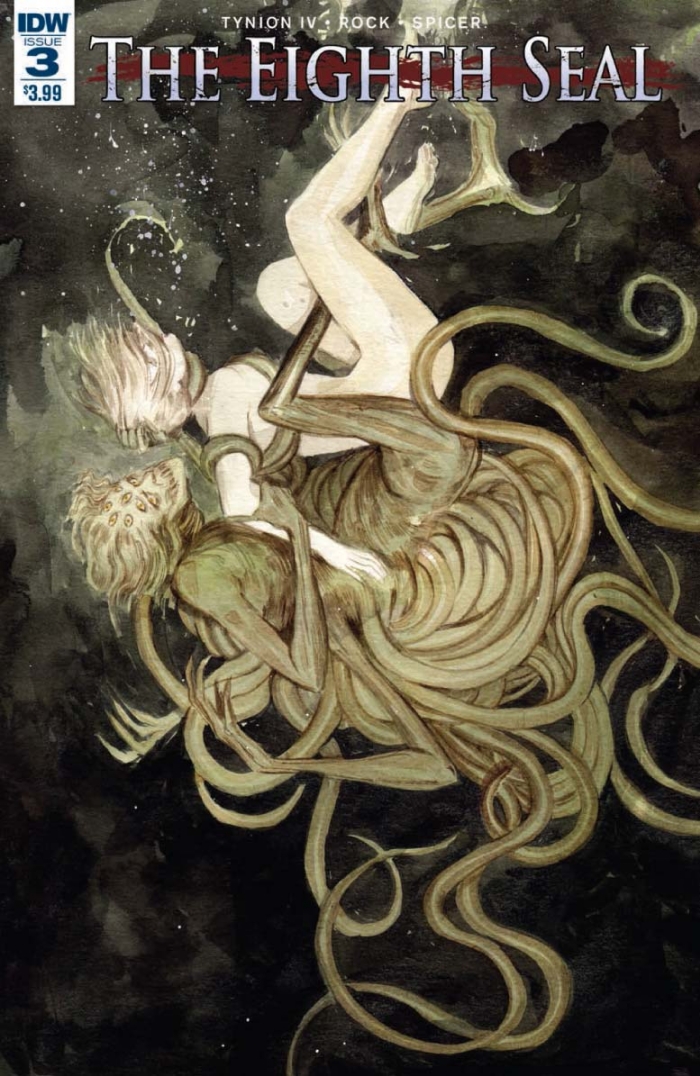 IDW Publishing has provided us a preview of the new The Eighth Seal comic.

As the conspirators behind the power of the Eighth Seal reveal themselves at the highest level of US Government, the First Lady’s struggle against her horrific visions hit dangerous new heights. Is the monster inside under their control, or does it have its own agenda?