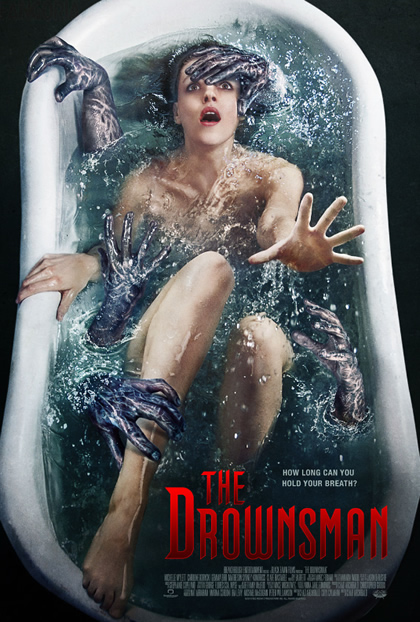 ‘The Drownsman’ Coming to DVD/Blu-Ray May 12th

Can a glass of water kill? When you see a puddle on the floor, do you fear you’ll fall into it? What if the stuff of life was a gateway into your worst dreams? On May 12th, Anchor Bay Entertainment presents the provocative and highly anticipated Canadian horror film The Drownsman on Blu-ray™ and DVD. SRP is $26.99 for the Blu-ray™ and $22.98 for the DVD, with pre-book on April 8th.

After almost drowning in a lake accident, Madison (Michelle Mylett, Antisocial) develops hydrophobia: an abnormal fear of water. After shutting the world and her friends out for over a year, her friends attempt an intervention. But, instead of curbing Madison’s fear, they unknowingly unleash something far worse: The vision of serial killer – turned- supernatural psychopath Sebastian Donner – known as “The Drownsman” – who begins to stalk the women one by one, dragging them into a lair of submerged torment from which there is no escape.