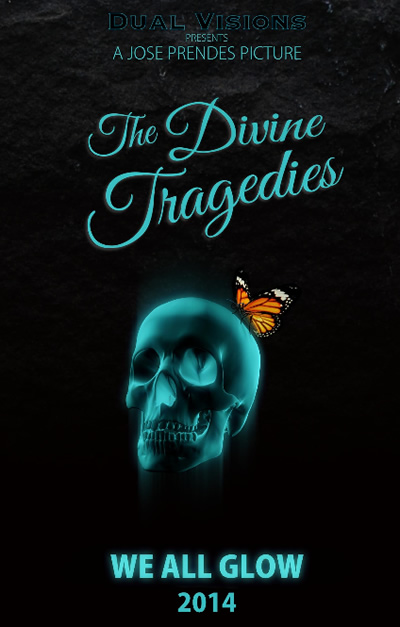 Writer and director Jose Prendes (The Haunting of Whaley House) announces his next film, the serial killer mind-bender: The Divine Tragedies.

Based loosely on the famous Leopold and Loeb murder case of 1924, it tells the tale of Charles Brubaker (played by Graham Denman, The Haunting of Whaley House) and his half-brother Thomas Lo Bianco (played by Jon Kondelik, Airplane Vs. Volcano), who concoct a deadly game to test their superior intelligence against the dimwitted masses. This game will eventually lead to murder, and when Genevieve, a beautiful single mother, enters their lives they finally find the perfect girl for their first kill. But, problems arise when they quickly discover that Detective Homer Gaul, a cop with a very special gift, is hot on their trail.

“It’s a serial killer film, but unlike anything you’ve ever seen before,” says director Prendes. “I know people always say that, but I really think the film will back me up. It’s American Psycho meets Videodrome, by way of John Carpenter. I wanted to make something that would really surprise people. Not just in a gory way, which is easy, but in a beautiful way. The same way a David Lynch movie can be beautiful and surprising.”

The film is being produced by Jon Kondelik & James Kondelik, under their production company Dual Visions. The Divine Tragedies is the company’s first of many feature films to come.

“Dual Visions aims to produce feature films that engage an audience with unique experiences,” say the Kondelik Brothers. “People won’t be able to forget the things they’ve seen after watching this film.”

Filming for The Divine Tragedies will begin at the end of February.