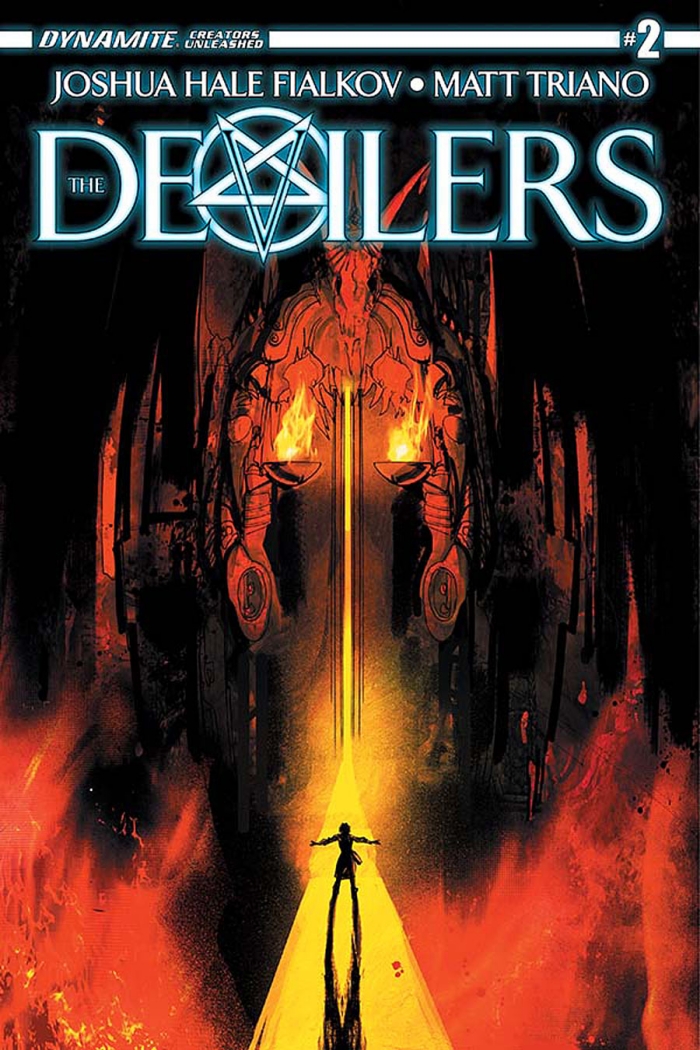 Dynamite Entertainment has provided us a preview of the new The Devilers comic.

From the critically acclaimed creator of THE BUNKER comes a daring new series that follows a team of the worlds best Exorcists as they battle the army of Satan himself. Picking up where the last issue left off, our heroes must venture through hellfire and demons in order to face the devil himself. But, the secrets they all hold may be their undoing. With breathtaking art from breakout artist Matt Triano and covers by Jock, Joshua Hale Fialkov pilots the boldest new series in years.