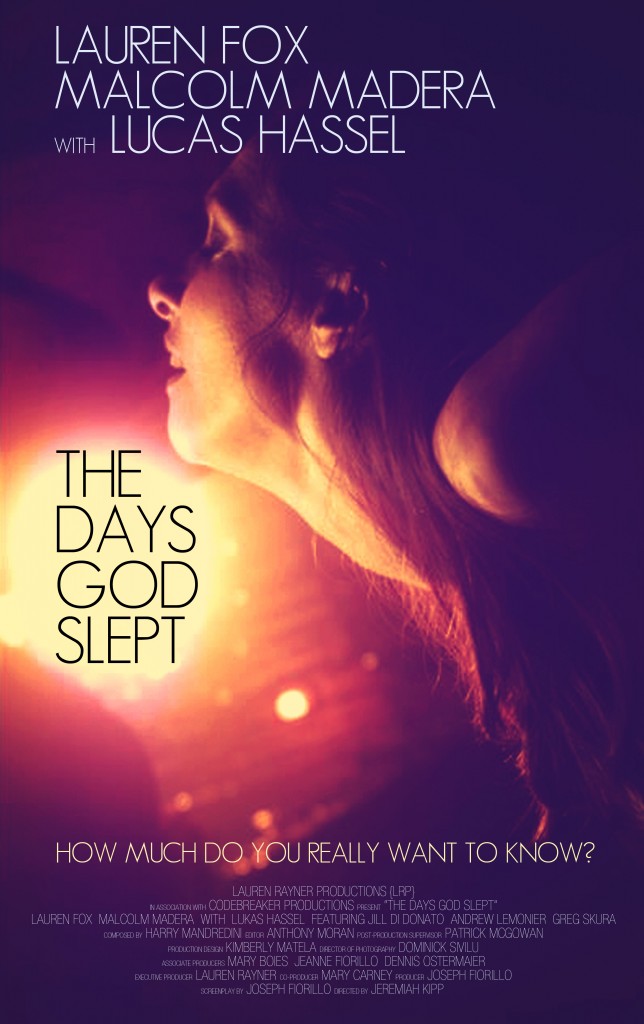 With the accessibility of ultra-affordable filmmaking technology, the short film has been experiencing a renaissance. Because of its compact length, the short film was often regulated to art cinemas, film festivals, university showings, and PBS, but now the enormous amount and diversity of viewing platforms allow the medium to be seen and explored by almost anyone. While it’s certainly easier to create, disseminate, and watch short films, this convenience doesn’t always equate with quality. For every Kenneth Anger or Chris Marker, there are hundreds of dilettantes uploading their Film 101 final projects onto YouTube hoping that they will be the next Christopher Nolan or Quentin Tarantino. Which brings us to Jeremiah Kipp’s The Days God Slept.  Kipp’s film shifts perspectives and settings to examine the subjective nature of memory, identity, trust, and reality itself.  Juxtaposing the wanton flesh and filthy lucre found in a strip club with spiritual discussions of magic, angels, and faith, the protagonist’s (Malcolm Madera) point of view wanders between two realms of love: one of hungry lust and the other of fulfilling truth. Neither of these states are stable as embodied in the female object of desire (Lauren Fox) who plays the roles of virgin and whore, giving lap dances one moment and recounting a horrific gang rape the other.

While the concepts may sound quite interesting on paper, the presentation of these themes in The Days God Slept indulges in too many experimental cinematic clichés: slow motion, quick cuts, recurring lines of dialogue, a “was it a dream/fantasy?” ending, and pretentious narration.  This is the biggest problem in the film, as lines like “I can love anyone for three minutes,”  “How much do you really want to know?,” and pontifications on shamans, spells, and God sabotage any attempt at real artistic or metaphysical insight into the complex interactions that are required of any kind of relationship, whether it be with a deity, a significant other, or one’s self.  Perhaps the film would have been better served with no dialogue or narration at all. Another problem is the mediocre soundtrack by the usually spot on Harry Manfredini, composer of the immortal Friday the 13th theme.

Some of the themes of The Days God Slept are better explored in Alan Moore and Mitch Jenkins’s short films, but then again pretty much everything Alan Moore touches is going to be better than any of us mortals can ever hope to accomplish. The Days God Slept shows that Jeremiah Kipp has much potential, and what’s great about affordable film technology is that you can always make another film.