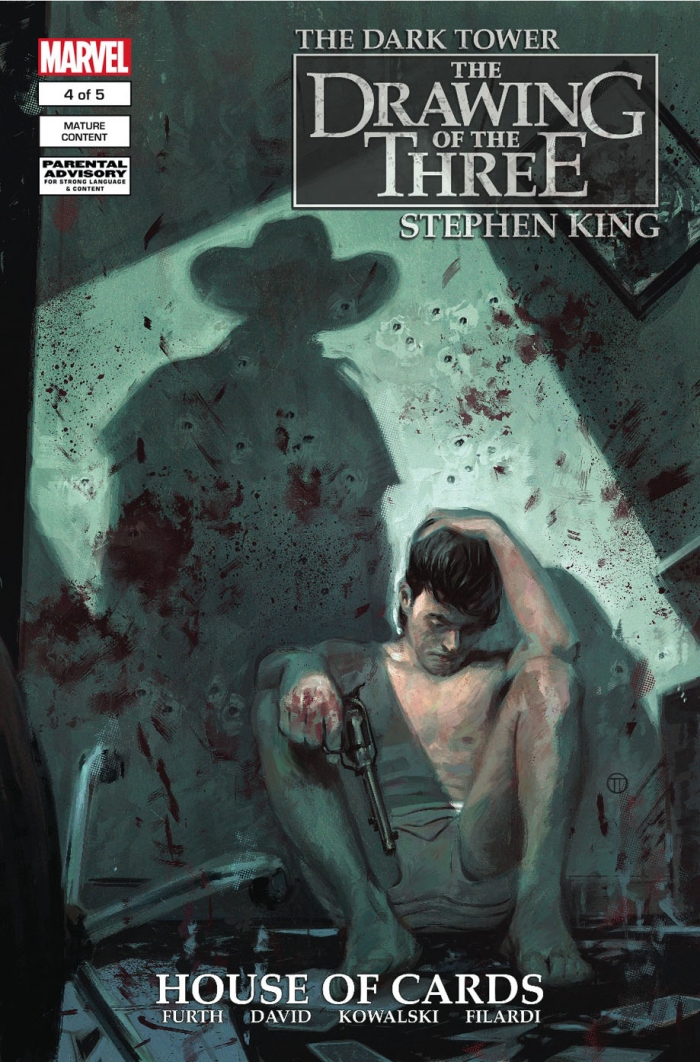 The Dark Tower: The Drawing of the Three – House of Cards #4 Preview

It’s Eddie and Roland versus the world as the gangland war with Balazar’s men reaches its bloody climax!

Eddie Dean’s hit a point of no return – and when his rage comes to a boil, no one is safe! What doors will be opened when there’s nothing left to lose?