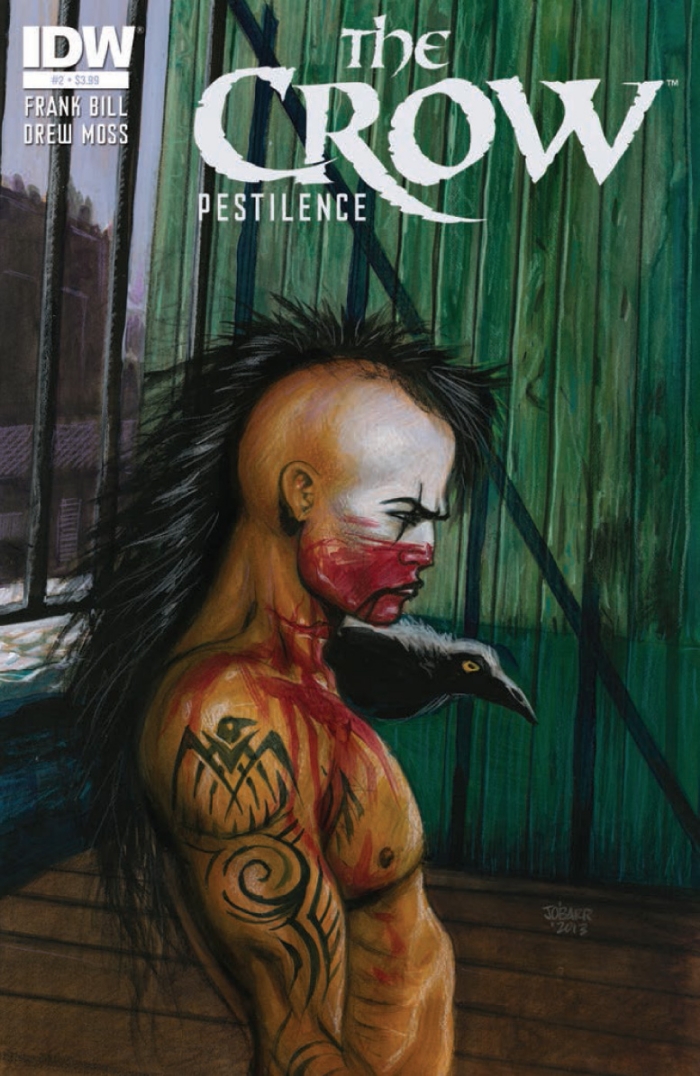 IDW Publishing has provided us a preview of the new The Crow: Pestilence comic.

Salvador heads to the Midwest to search for the men who murdered his family, only to find them involved in trafficking drugs…and humans. As The Crow watches, guiding him, he begins to exact his revenge. But why is one of the gang members speaking with the police?