The Conjuring Movie News and Updates

Fans of the paranormal and of horror in general have been clamoring for all things related to The Conjuring franchise since 2013.

Stars Patrick Wilson and Vera Farmiga portray the world-renowned demonologists Ed and Lorraine Warren, focusing on their investigations of their many famous cases.  The Conjuring universe, which includes two direct sequels and five spin-off films (thus far), has recently passed the $2 billion mark at the global box office.

The History of The Conjuring 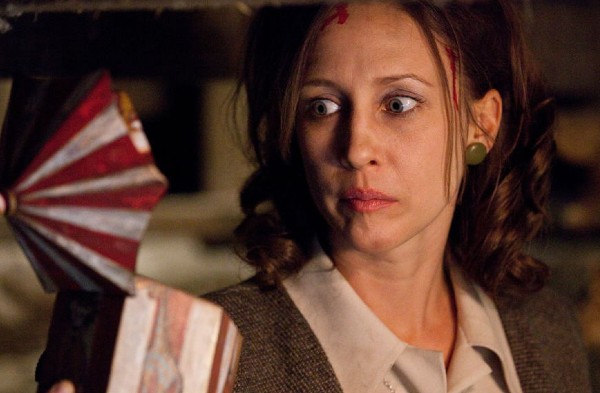 New Line Cinema released The Conjuring in 2013, with Warner Bros. Pictures distributing, amid a pop culture buzz and critical acclaim.  Initially, however, producer Tony DeRosa-Grund was trying to get the film made since the late 1990’s. After hooking up with producer Peter Safran and writers Chad and Carey Hayes, DeRosa-Grund struck a deal with New Line in November 2009 and the project was put into production from there. In early 2011, James Wan, hot off his earlier films Saw and Insidious, was announced to direct.

The subsequent months would see cast announcements for The Conjuring, which was being referred to as “The Warren Files” in these early stages. Patrick Wilson and Vera Farmiga were signed to play Ed and Lorraine Warren, with Ron Livingston and Lili Taylor taking over the roles of the haunted Perron family patriarch and matriarch respectively. Wilson and Farmiga were said to have spent time with Lorraine Warren at her home in Connecticut in preparation for their roles. Principal photography for the film began in February of 2012, and lasted for 38 days.  All scenes were shot in and around the Wilmington, NC area, including on the University of North Carolina-Wilmington campus.

The film, eventually renamed The Conjuring, was released on July 19, 2013 and would go on to gross $137.4 million in North America and $319.5 million worldwide.  Not too shabby for an estimated budget of just $20 million. This was an incredible feat, especially considering the film’s R-rating (despite a near-complete lack of gore or profanity.)  When asked why the MPAA gave The Conjuring this mature designation, executive producer Walter Hamada stated to media outlets their reasoning. “It’s just so scary. [There are] no specific scenes or tone you could take out to get it PG-13.'”

The Conjuring portrays one of the Warrens’ most famous cases, that of the Perron family whose Rhode Island farmhouse is reportedly the site of paranormal activity in 1971. Husband and wife Roger and Carolyn Perron (Wilson and Farmiga) and their five daughters begin experiencing strange events such as the sound of clapping coming from nowhere, and all clocks stopping each night precisely at 3:07 AM. Soon these encounters start becoming increasingly more disturbing and violent, forcing the Perrons to reach out to the Warrens for help. Along with the help of the Catholic Church, Ed and Lorraine Warren learn of the true nature and intentions of the demonic spirits inhabiting the house and must fight for their lives and the safety of the Perrons as demonic possession overtakes Carolyn and evil forces begin attacking those close to Ed and Lorraine. 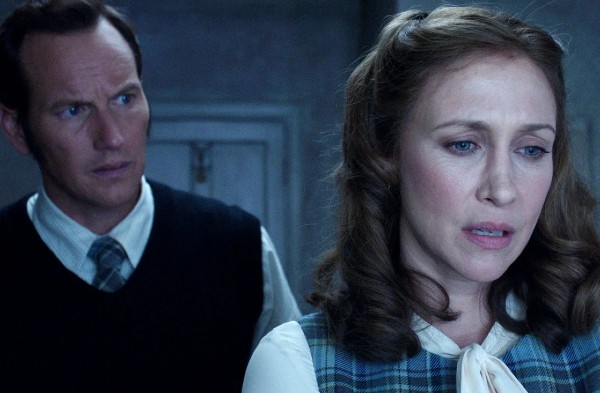 The Conjuring:  Sequels and Extended Universe

The Conjuring was a box office smash, so sequels and spin-off films were immediately announced. Wan, Wilson and Farmiga were back together for The Conjuring 2 in 2016, focusing on the Enfield poltergeist case in London which occurred between 1977 and 1979. The first sequel was also a financial success, grossing over $320 million worldwide on a $40 million budget. The Conjuring 2 also depicted events from another famous Warrens case, that of the Amityville murders in Long Island, NY in 1976.

The third Conjuring installment, titled The Conjuring: The Devil Made Me Do It, was released on June 4, 2021 (having been pushed back from its original target date of September 2020 due to the global pandemic.)  Wilson and Farmiga reprised their roles; also, this was the first sequel with a new director as Michael Chaves (The Curse of La Llorona) stepped into the chair.  The plot focuses on the 1981 ritualistic murder trial of Arne Cheyenne Johnson in Connecticut, the first in the United States where the defendant would claim demonic possession as a defense.  Despite being offered on the HBO Max streaming service on the same day as its wide theatrical release, The Conjuring: The Devil Made Me Do It would go on to gross over $200 million worldwide on an estimated budget of $39 million.

Movie spin-offs based on items and characters from the Conjuring movies have also proven to be a big success. The possessed doll Annabelle, a major plot device from the original film, has seen three separate movies delving into its history and legacy: Annabelle (2014), Annabelle: Creation (2017) and Annabelle Comes Home (2019). The Annabelle doll is based on another famous case from The Warren’s history, that of the possessed Raggedy Ann doll owned by a student nurse in Texas back in 1970.

The Nun, another ghoulish character given ample screen time in the original Conjuring film, was also given its own film in 2018. The origin of Valak, the “Demon Nun”, was explored to the tune of $365 million 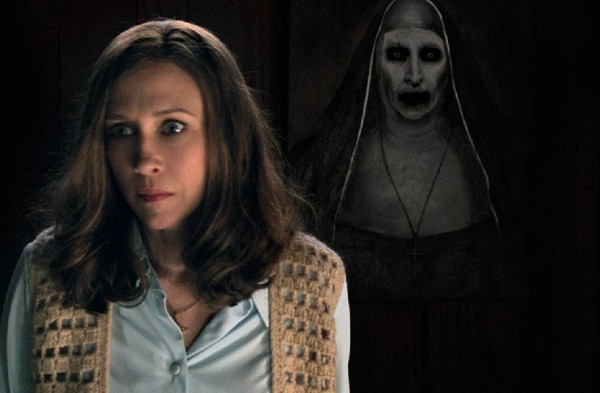 in worldwide box office receipts. Unsurprisingly, a sequel to The Nun is currently in development.

Additionally, there is a film currently in development based on The Crooked Man, who was the supernatural star of The Conjuring 2. Even 2019’s The Curse of La Llorona saw a slight nod to the Conjuring universe with its inclusion of Father Perez (Tony Amendola), reprising the same role from Annabelle five years earlier.

The Warrens
World-renowned demonologists Ed and Lorraine Warren have been investigating the paranormal since 1952, when they founded the New England Society for Psychic Research (NESPR.) Over the decades, they gained a reputation internationally as an effective paranormal investigative team and many of their cases were turned into entertainment projects in popular culture. Among these are The Amityville Horror (1979), The Haunted (1991), The Haunting in Connecticut (2009) and numerous novels and television projects. In the 1980s, a weekly show titled The Demonologists highlighting various Warren cases was shopped extensively, and in September of 2020 The Travel Channel premiered a two-part documentary titled Devil’s Road: The True Story of Ed and Lorrain Warren.

Merchandising
In addition to t-shirts and posters, the characters from The Conjuring universe have been turned into dolls, action figures, statues and even Pop! vinyl figures.  Over the past few years, products featuring Annabelle and The Nun have been released by NECA, Mezco, Trick or Treat Studios and Funko.  The Crooked Man is sure to be the next in line to be hanging on FYE and Hot Topic shelves everywhere.