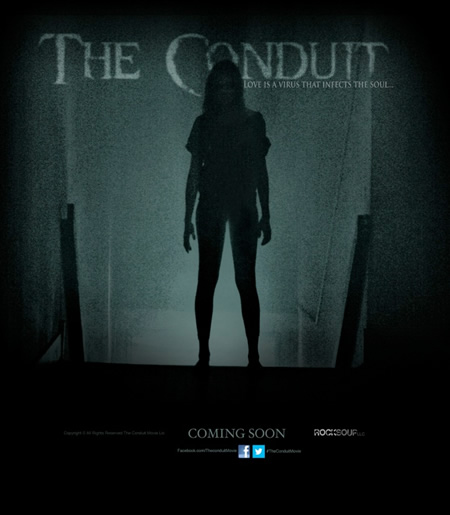 Rock Soup Productions is proud to announce the completion of The Conduit, a psychological thriller starring Wes Martinez and Monica Engesser, and directed by Sixto Melendez.

The Conduit is the story of Eddie who wounded by a recent divorce and haunted by a tragic event in his childhood, returns to his home town hoping to pick up the pieces of his broken life. Unable to cope, he attempts suicide and winds up in therapy where, desperate to fill the void in his heart he falls for Amy, a mysterious and beautiful young wild flower. But something dark and sinister lurks in Amy’s past, will her love save Eddie or will it devour his soul?

Wes Martinez and Monica Engesser star in this movie, as a follow-up to the smash-hit Exit to Hell and Kidnapped Souls. This is a breakthrough directorial debut for Sixto Melendez, who also wrote the screenplay. Sixto has been writing and directing for well over 10 years, and has also attended writing/directing labs such as the 2008 NALIP Director’s Lab.