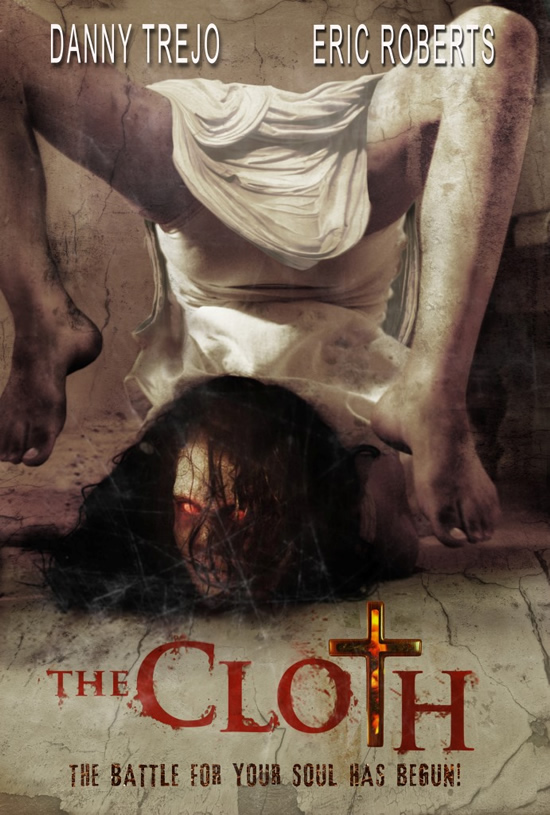 The Cloth Now Available on DVD

We received word that the thriller starring ERIC ROBERTS and DANNY TREJO now available on DVD.

Based on Justin Price’s book of the same name, The Cloth is a taut and tense tale of intrigue, mystery and celestial influences surrounding the Catholic Church’s darkly secret organization specifically formed to combat the alarming rise of demonic possessions across the country. Starring Danny Trejo (Machete, Con Air) and Eric Roberts (The Dark Knight), the story follows a godless young man who is recruited in order to gird a new generation with the unique and necessary tools to eradicate the terrifying rise of evil. The Cloth co-stars Rachele Brooke Smith (Burlesque), Steven Brand (The Scorpion King) and Robert Miano (Donnie Brasco). Now available on DVD for an SRP of $14.96, the release features extras including the making of The Cloth, the weapons of The Cloth, deleted and alternate scenes and the â€œHell and Backâ€ music video.