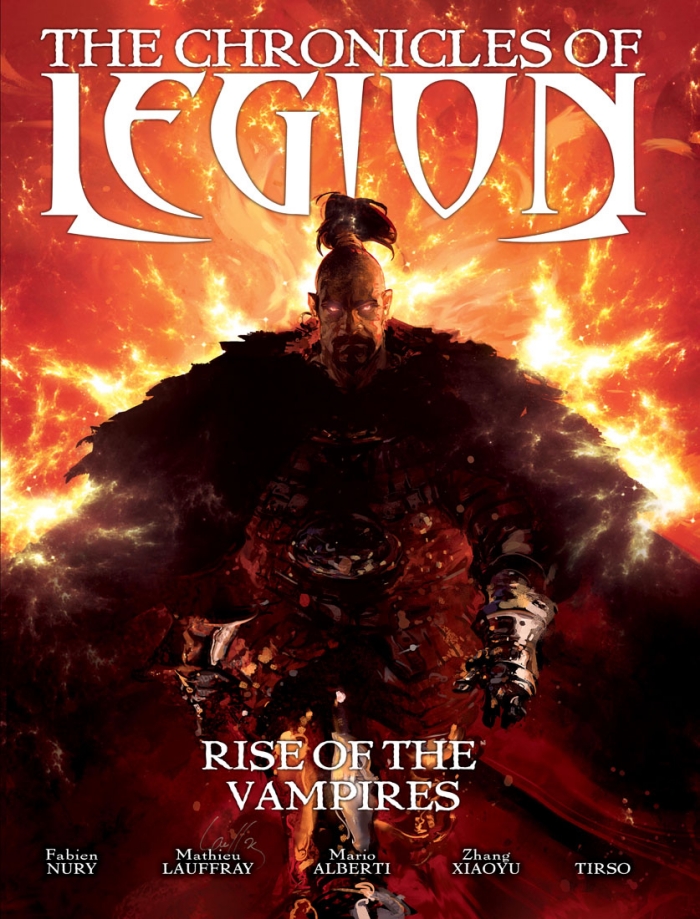 The Chronicles of Legion Vol. 1: Rise of the Vampires preview

Titan Comics has provided us a preview of the new The Chronicles of Legion Vol. 1: Rise of the Vampires comic.

The same blood flows in the veins of all three, the blood of Dracula. Against their knowledge and their will, they will be forced to take part in a fratricidal feud between Vlad and Radu: a battle that has lasted for centuries and has claimed countless lives.

This is how the vampires rise…