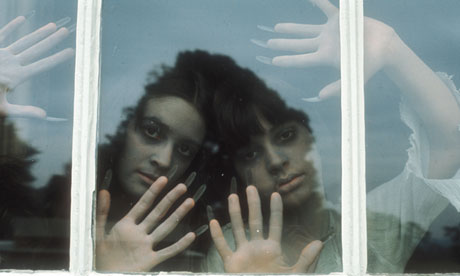 The Christmas Ghost Stories of Lawrence Gordon Clark: A Review

The tradition of telling ghost stories during the Christmas holidays was always much more of a British than American custom, but it is surely one that we Yanks missed out on. The end of one year and the beginning of a new, the darkest night and the rejuvenation of the sun creates a threshold through which otherworldly entities and fantastic phenomena   can seep through (just ask Ebenezer Scrooge). The written word gave way to the transmitted image, and from 1971-1978, the BBC presented a yearly program of short horror films entitled A Ghost Story for Christmas, adaptations of classic supernatural tales by M.R. James and Charles Dickens as well as a few original teleplays. The vast majority of these chillingly haunted works were directed by Lawrence Gordon Clark, the subject of a stunningly informative book The Christmas Ghost Stories of Lawrence Gordon Clark edited by Tony Earnshaw and published by Spectral Press. The book is an all-encompassing look at Clark’s filmed versions of six M.R. James stories for the BBC series (and one for ITV Playhouse) that includes cast credits, production details, commentaries from Clark, an extraordinarily in-depth interview , Clark’s filmography, the original M.R. James texts (“The Stalls of Barchester Cathedral,” “The Treasure of Abbot Thomas,” ” A Warning to the Curious, “ ”The Ash Tree,” “Lost Hearts,”  “ Casting the Runes,” and the one that could have been, “Count Magnus”) and a short biography on James.  Earnshaw’s introduction perfectly connects the director and the writer as masters of atmosphere, mood, dread, and the uncanny; one using pictures and the other using language.  Earnshaw’s analyses of Clark’s work are critically insightful but not slavish to the book’s subject, doing an excellent job in exploring the context in which each film was produced. When it comes to insight, Clark himself is no slouch, offering significant behind the scenes anecdotes (Clark shot The Treasure of Abbot Thomas in the same cathedral where Pasolini filmed The Canterbury Tales) and keen thematic perceptions for each of his adaptations. Creepy illustrations by Nick Gucker and behind the scenes photographs accompany the expansive text, a true celebration of both Clark and James and their strikingly similar approach to horror. Spectral Press is offering the book in three versions: an unlimited paperback, an unsigned hardcover in an edition of 100, and a deluxe edition of 50 that includes the unfilmed teleplay for “Count Magnus” (Why wasn’t this made? It could have been the greatest James adaptation ever), a script for a stage play version of “Lost Hearts,” and examples of Clark’s storyboards. Although 2014 has literally just begun, The Christmas Ghost Stories of Lawrence Gordon Clark should already be a nominee for film book of the year. Spectral Press’s first foray into publishing a hybrid fiction/nonfiction book is an absolute winner and a crucial work on two artisans of terror.

For more information or to order The Christmas Ghost Stories of Lawrence Gordon Clark, go to http://spectralpress.wordpress.com