Experience critically-acclaimed horror short Sepulchre as you never have before, framed within two brand-new eerie interactive adventure tales, and get entwined in its absorbing narrative layers. Unravel The Charnel House Trilogy, consisting of Sepulchre and two additional games, prequel Inhale and sequel Exhale, building upon the original story with startling twists and turns and intriguing new characters.

Sepulchre casts you in the role of Dr Harold Lang as you navigate his fateful journey into the unknown. Piece together Dr Lang’s memory and steer him through turmoil and train-based unease, as you meet some very strange characters along the way. Find out how they are connected in this unsettling take on trains, historians and huge bags.

Become embroiled in the events of Inhale, the tale preceding Sepulchre. Meet young Alex Davenport as she waits impatiently for an urgent delivery. A delivery that will change her life. Haunted by snatches of a past she can barely face, Alex longs to escape her room, her apartment, her life. And yet unseen forces seem to conspire against her. Discover the part she plays on the ominous train journey.

Exhale is the final part in this chilling chapter of the Augur Peak saga. After her brush with tragedy, Alex wakes up in a familiar location. Join her in her desperate search to find the doctor she met and travel to the mysterious island of Augur Peak. Can she survive the journey? Why does she want to escape? And what is the dark and terrible secret from her past that doesn’t seem to want to stay hidden?

The earth will crawl. The birds will flock. The island will rise. Be ready.

Ashton Raze says: Sepulchre has always been part of a wider story I wanted to tell. A number of my fiction works (interactive and non-interactive) take place in the same universe, so when Sepulchre was granted a Steam release, it seemed the perfect time to expand on the story I’ve always wanted to tell surrounding Old Gloria, and that fateful train journey as seen in the original game. Inhale, a very deeply personal story to me, existed in largely the same form since before Sepulchre was developed, and Exhale is the natural continuation of that. The new protagonist, Alex, brought to life amazingly by Madeleine, is one of the most important characters in the canon, and my personal favorite. Hopefully people will get as much enjoyment out of playing her as I did writing her.

Stuart Morton, Producer, Mastertronic says: Sepulchre returns in The Charnel House Trilogy and more chilling than ever. Beware and be ready. The Steam train will be arriving this April.

The Charnel House Trilogy will come to PC through Steam this April. 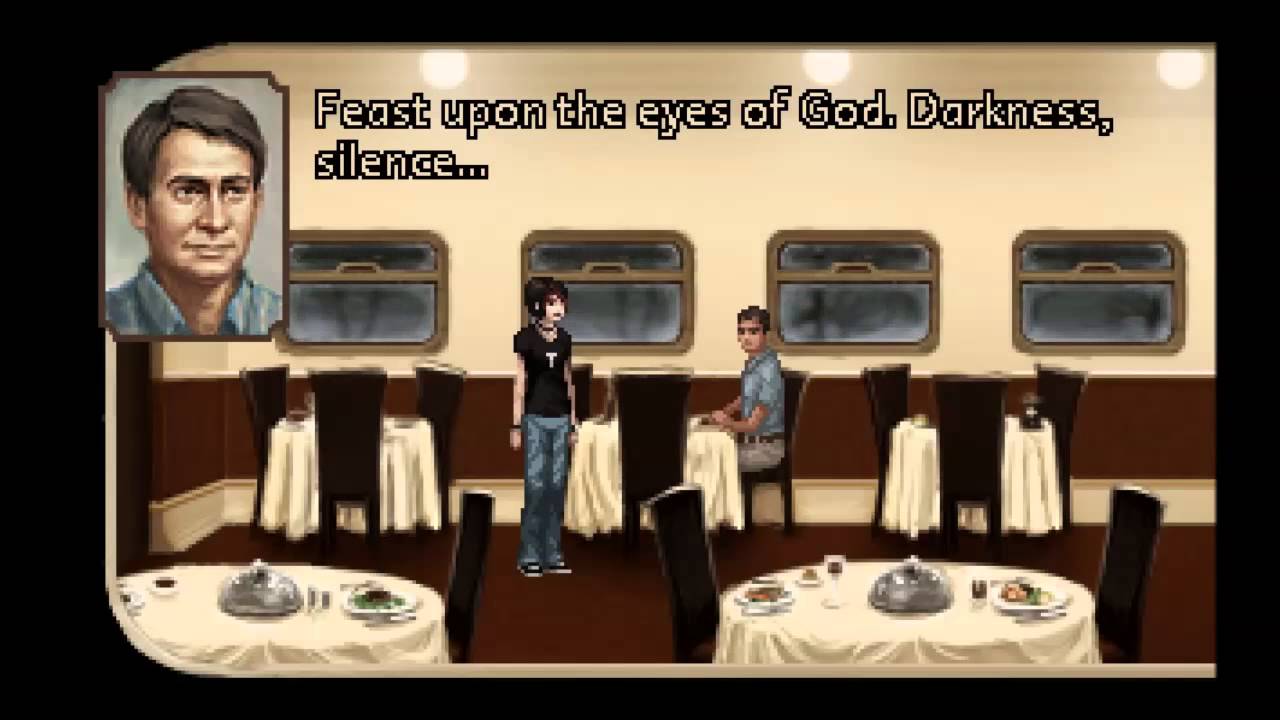