‘The Cabin In The Woods’ Gets 4K Ultra HD Steelbook Release

What happened in the cabin is coming to your living room.

The 2012 horror/comedy classic The Cabin in the Woods will be available April 19 in a brand-new 4K Ultra HD and Blu-ray Steelbook from Lionsgate for the suggested retail price is $27.99. Check out the Steelbook packaging–courtesy of collider.com–on this page.

The 4K and Blu-ray special features include: an audio commentary by writer/director Drew Goddard and writer/producer Joss Whedon; We Are Not Who We Are (the making of the film); Primal Terror (visual effects); An Army of Nightmares (makeup and animatronic effects); and a theatrical trailer.

The film–which stars Kristen Connolly, Chris Hemsworth, Anna Hutchinson, Fran Kranz, Jesse Williams, Richard Jenkins and Bradley Whitford–follows five college friends who steal away for a weekend to an isolated country cabin, “only to be attacked by horrific supernatural creatures in a night of endless terror and bloodshed,” according to the logline.

But the weirdness intensifies when it’s revealed that a group of technicians is “scrutinizing, and sometimes even controlling, every move the terrified kids make. With their efforts continually thwarted by this ‘eye-in-the-sky’, do they have any chance of escape?”

The movie–which received generally favorable reviews (primarily for the screenplay and performances)–raked in more than $66 million worldwide on a budget of $30 million.

Keep reading Horror News Network for any further updates on The Cabin in the Woods. 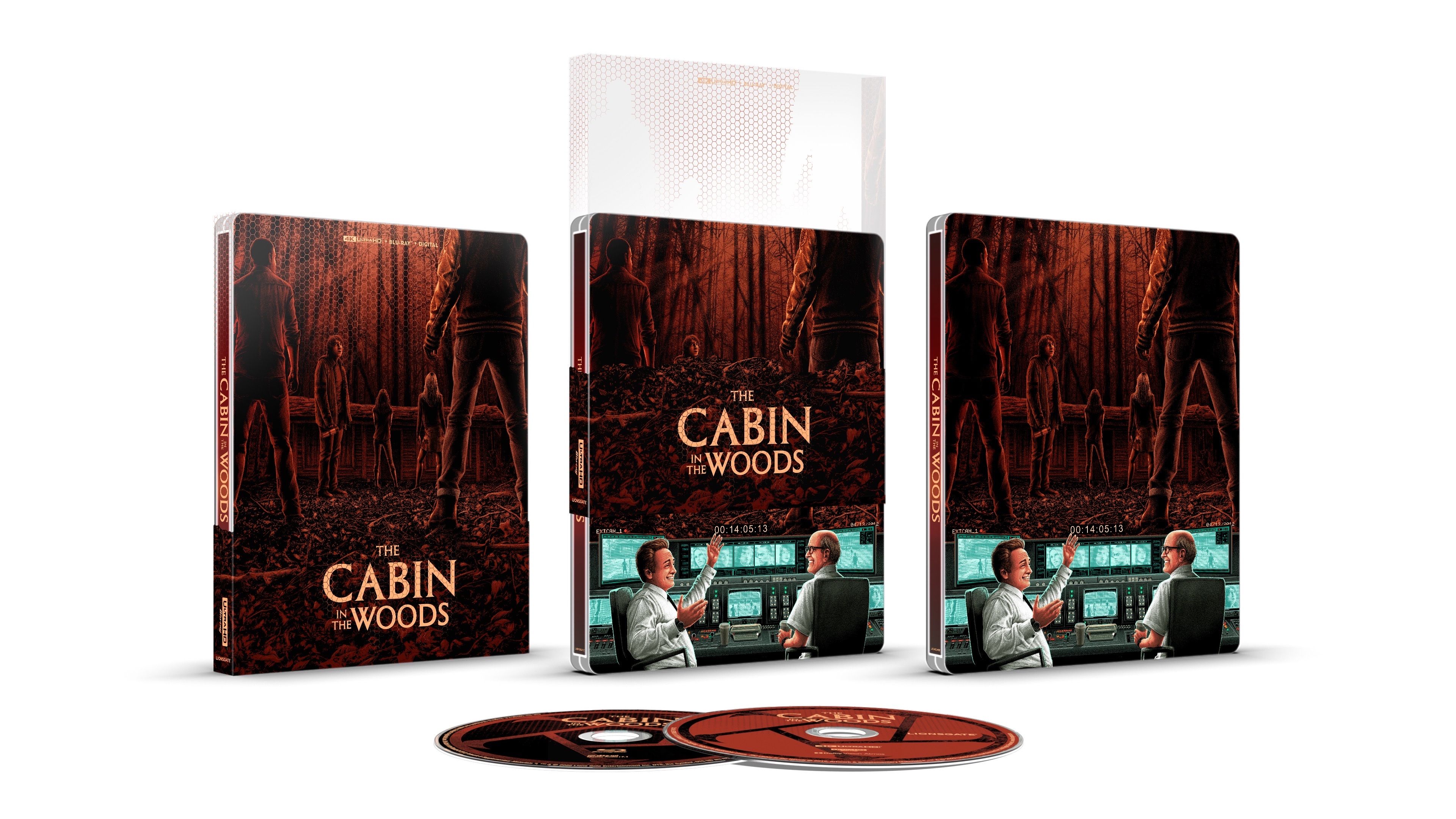