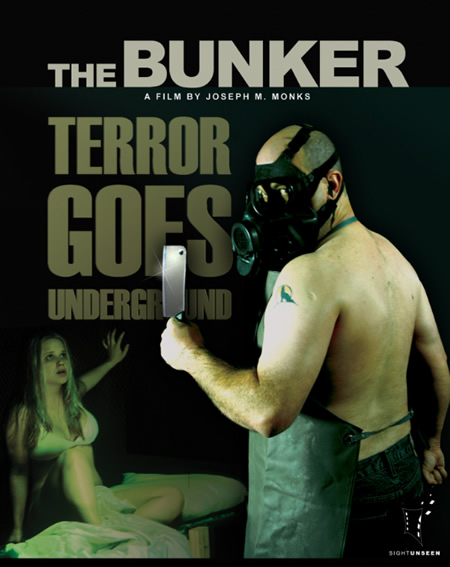 ‘The Bunker’ Debuts For Free This Halloween

There aren’t many blind feature film directors. In fact, there’s only Joe Monks, and his debut feature, THE BUNKER, will begin streaming in October on IPTV thanks to Tampa-based distribution company Commodity Films.

It’s an unusual success story that began when Monks, a writer and longtime comic publisher, decided to tackle the biggest challenge of his career: directing a movie. Despite the obstacles his handicap presented, as well as vocal internet naysayers, Monks raised the money to begin shooting, and embarked on a journey no filmmaker had taken before.

Enter Russell Hess, a film distributor who saw enormous potential in the envelope-pushing project, and reached out to Monks to offer his services.

“I was more than mildly intrigued when I heard a blind guy was making a movie. At first, I reacted as many would, thinking that this was some kind of stunt. Not only was I completely wrong, what Joe accomplished is far better than most amateur filmmakers I’ve seen during my career.”

After a year’s worth of discussions, the two finally met face-to-face, and sealed the deal.

“It took me a while to trust somebody after the hassles I had in production,” says Monks. “But we secured domestic distribution, foreign distribution and now the IPTV deal. Not bad for a first-timer who can’t see, huh?”

THE BUNKER premieres Halloween night, Oct. 31 on CommodityFilms.com, and will run for free through November 7th, along with a “Making of” documentary, and REDEMPTION, a TV pilot based on one of Monks’ teleplays.