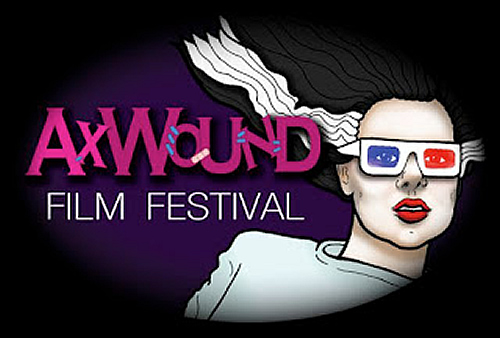 The Ax Wound Film Festival, organized by Women in Horror Month founder Hannah Forman, will showcase 34 Short Horror Films directed by women.  Taking place on Saturday October 10, 2015 in Brattleboro, Vermont, the first annual AWFF will take place at the Hooker-Dunham Theater & Gallery from 2pm-11pm. All-access wristbands are only $5 and include entry to every film screening and special event throughout the day.

AWFF features a diverse selection of 34 short horror films directed by women around the globe. Some selections are high budget productions and others rock low budget DIY film making skills, but each one brings an equal level of entertainment, passion, and scares across all our favorite sub-genres from zombies, slashers, supernatural, body horror, and beyond.

Many of the festival’s  incredible filmmakers will be in attendance, and  will take part in a Q&A hosted by sponsor and special guest Jay Kay of Horror Happens Radio. We also have the incredible honor to share a new sizzle reel for the upcoming multimedia podcast/documentary MY FINAL GIRL: The Black Women of 70’s Horror followed by a live discussion with filmmaker Kristina Leath-Malin, moderated by Graveyard Shift Sisters founder, Ashlee Blackwell. As an added bonus, we are excited to announce that attending artist Manda Brezicky will feature her work in the gallery outside the theater.

50% of all AWFF profits go to benefit the Scleroderma Research Foundation.